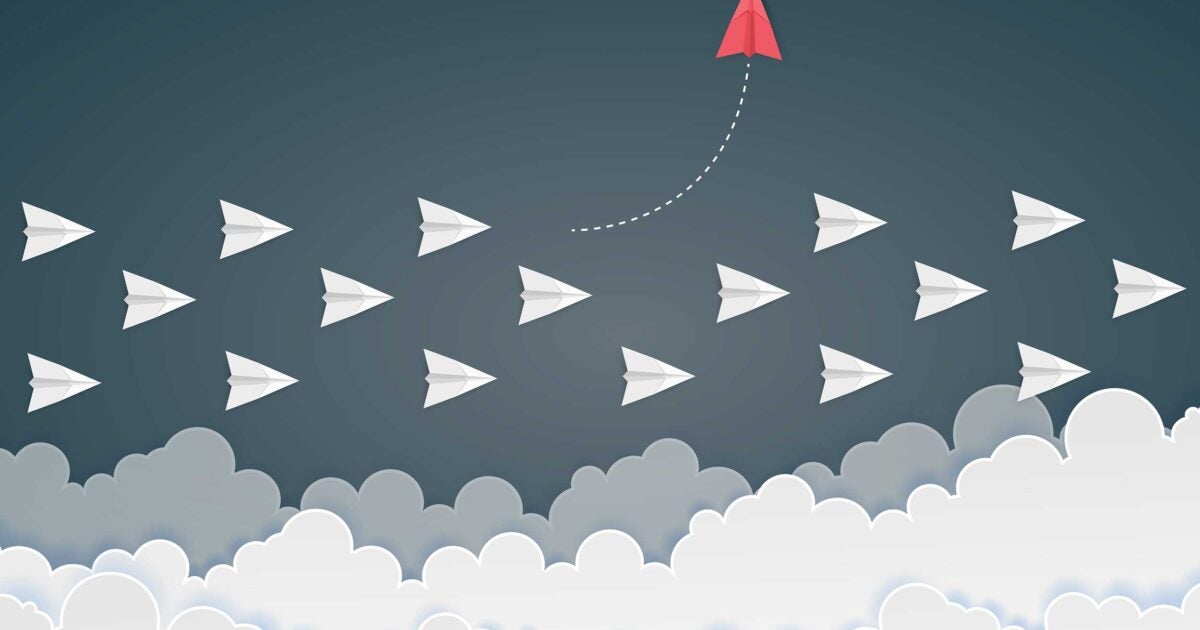 In science, advances are a daily occurrence, but true breakthroughs are rare. What does it take to achieve world-changing scientific breakthroughs? Some are the result of a lucky accident, combined with curiosity: scientists traveling down one road suddenly find reason to veer onto another road, one they never planned to travel — a road that may well lead nowhere.

Other major breakthroughs stem from scientists pursuing a very specific dream. One day, usually early in their career, they get an idea that they can’t stop thinking about. It’s crazy, they say to themselves, but is it really impossible? They talk to respected colleagues who often remind them of all the reasons their idea might not work, and how damaging this could be for their career. It’s a sobering message, yet the idea won’t die. So, they scramble to find financial support and seek out colleagues willing to risk traveling that road with them — a road that may well lead nowhere. But sometimes the road leads to major breakthroughs like penicillin and mRNA vaccines.

Breakthroughs due to lucky accidents and curiosity

One day in 1928, Dr. Alexander Fleming at St. Mary’s Hospital in London was growing bacteria in a laboratory dish. Fleming was not pursuing a scientific dream. He was a microbiologist, just doing his job.

Then he noticed something odd: overnight, another kind of microbe, a fungus, had traveled through the air, landed on the laboratory dish, and started to grow and spread on the dish where the bacteria were growing. Fleming soon noticed that the growing fungus seemed to be killing the bacteria. He surmised that it was making some substance that killed the bacteria. Because the name of the fungus was Penicillium rubens, he called the substance the fungus was making “penicillin.”

When Fleming published a paper about his discovery, few were interested. It took another 10 years before other scientists tried to generate large amounts of penicillin to see if it might be able to cure bacterial infections and save lives. We all know how that worked out.

Fleming’s scientific breakthrough, like some others, occurred not because Fleming had a brilliant idea and exclaimed “Eureka!” Instead, it occurred because he noticed something and said, “That’s odd,” and then tried to figure it out.

Breakthroughs due to persistence and resilience in pursuit of a dream

The story of mRNA vaccines, like the Pfizer/BioNTech and Moderna vaccines for COVID-19, is very different from the story of penicillin. For 30 years, a small group of scientists believed that mRNA vaccines would have great advantages over traditional vaccines — if only several obstacles could be overcome. Many of these scientists gave up as they encountered those obstacles, but a few persisted and, ultimately, succeeded. (I described what mRNA vaccines are, how they work, and how obstacles were overcome in a previous blog post.)

One scientist, Dr. Katalin Karikó, joined the faculty of the University of Pennsylvania in the early 1990s with the dream of creating an mRNA vaccine. She applied for grants to support her work, but was repeatedly rejected: the reviewers stated that it was so unlikely that she or anyone could overcome the obstacles that supporting her research would be a wasted investment. Her university only agreed to continue supporting her work if she accepted a demotion and a pay cut. She accepted both, and doggedly pursued her dream.

One major obstacle to mRNA vaccines particularly fascinated her: the violent reaction of the immune system when it encounters mRNA from a virus. Ten years of dogged work helped Karikó and her colleague Drew Weissman figure out how to make a small change in mRNA that prevented that violent immune response — a major step in making all mRNA vaccines possible. Without this, the world wouldn’t have mRNA COVID vaccines today.

Two other scientists who created the Pfizer/BioNTech COVID vaccine, Uğur Şahin and Őzlem Turëci, are Turkish immigrants to Germany who met, fell in love with the idea of creating an mRNA vaccine, and then fell in love with each other. According to The Wall Street Journal, one day in 2002 they took a break for lunch, got married, and then returned in the afternoon to their laboratory to finish an experiment — just one more among many conducted over 30 years. Each experiment was one more possible step toward their ultimate dream until finally, in 2020, they achieved that dream: their mRNA vaccine for COVID-19 proved to be very safe and effective.

Holding hard to their dreams

Whichever path scientists who achieve lifesaving breakthroughs travel, they often endure disinterest, like Fleming, or repeated skepticism, ridicule, and rejection, like Karikó, Weissman, Şahin, and Turëci. Only through sheer persistence did these scientists bring their dreams to life. They have been rewarded with fame and wealth and something even more valuable: the knowledge that because of their work hundreds of millions of people around the world never got sick, and millions never died before their time.

Of course, a relentless obsession with an improbable dream fails to pay off for many scientists. Their ideas, while quite brilliant, in the end are proved wrong: nature doesn’t turn out to operate the way they predicted. In the end, their beautiful theory is murdered by a brutal gang of facts.

Still other scientific dreamers ultimately prove to have been on the right track all along and would have achieved their dream — if only they had done the experiment a little differently, if only they had persisted a little longer, or if only the support for their work had not run out. As a result, neither they nor the rest of us benefited from what would have been — until other scientists rediscovered their work years later.

Ultimately, scientific breakthroughs are possible only if a society is willing to invest in dreamers, recognizing that not all investments will lead to major breakthroughs. However, the investments that do lead to breakthroughs bring an economic return that is far greater than the investment — as well as preventing suffering and death and changing the world.

This story originally appeared in the Harvard Health Blog.

Anthony L. Komaroff is the Steven P. Simcox/Patrick A. Clifford/James H. Higby Professor of Medicine at Harvard Medical School, senior physician at Brigham and Women’s Hospital in Boston, and editor-in-chief of the Harvard Health Letter.