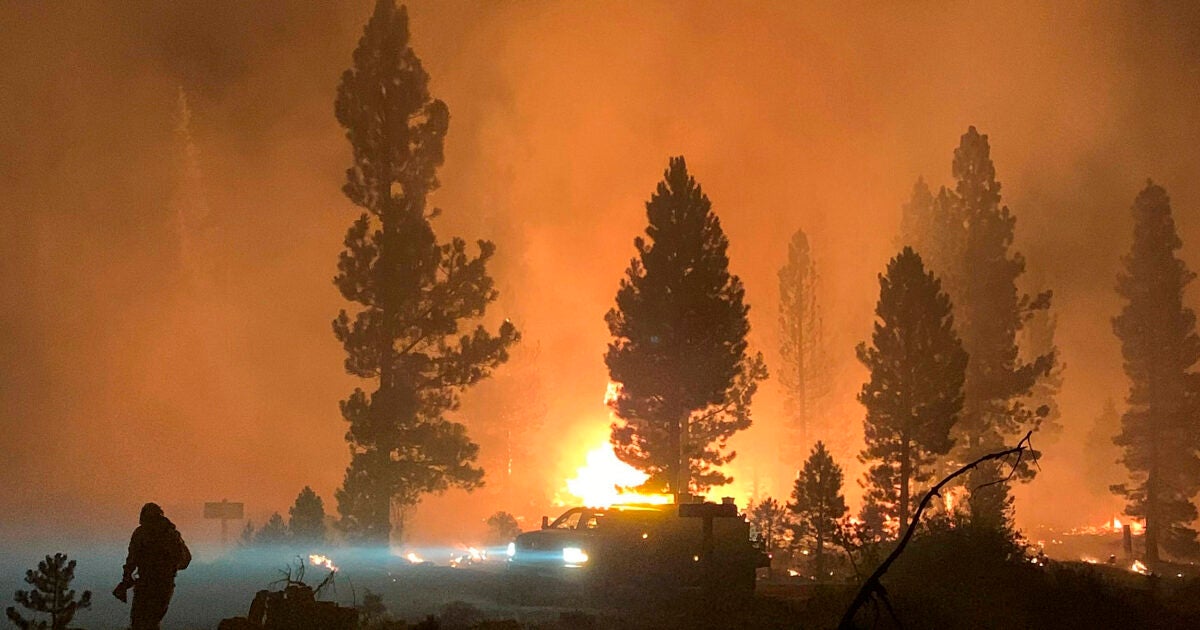 The roaring Bootleg Fire burning up swaths of southwestern Oregon is the nation’s largest wildfire so far this year and intense enough that it’s triggering weather phenomena, including lightning, massive columns of smoke and ash clouds reaching high into the atmosphere, and even the possibility of a “fire tornado.” Loretta Mickley, senior research fellow in chemistry-climate interactions at the Harvard John A. Paulson School of Engineering and Applied Sciences, has examined the interaction of wildfires and climate and published research on the likelihood that the wildfires will grow larger and more frequent in the years to come. The Gazette spoke to Mickley to better understand the causes, dangers, and expectations for the future.

GAZETTE:  There were reports that the Bootleg Fire may have spawned a fire tornado, which I think begs the question, “What is a fire tornado?”

MICKLEY: It is a spiraling vortex of gases and smoke and fire. They’re rare, because you need a lot of buoyancy from heating of the air by very hot gases coming off the fire. The buoyancy will give the atmosphere instability, but instability alone is not enough to create a fire tornado. You also need a stack of winds shifting in speed or direction with height. We call this wind shear, and the wind shear together with the intense heat could generate a fire tornado, which, by the way, sounds horrible.

GAZETTE:  When you talk about buoyancy, are you talking about heat rising? And does it have to be hotter than a regular fire to generate a fire tornado?

MICKLEY: You need a very hot fire, which you would get with dry fuel. The drier the fuel, the more readily the fire’s energy can go into heat, rather than evaporating.

GAZETTE:  Does this say something about the fire’s intensity? Or is it more related to the drought conditions that existed before the fire even started? Or are those the same thing?

MICKLEY: They are the same thing. If you have very dry conditions and abundant fuel — fires need a lot of underbrush or shrub land or understory trees — then the fire will burn with greater intensity, which means higher temperatures.

GAZETTE:  Do we anticipate more fire tornadoes in the years to come?

MICKLEY: Fire tornadoes are so rare that we can’t say there’s a trend so far. What we can say is that the increase in fire activity in the West over the last 30 years is very likely tied to warmer temperatures under climate change, which has led to drier fuel. But the increase is also likely linked to fire management practices during the 20th century. This is important and often gets lost in the media, where the assumption is that all the increase in fires is due to climate change.

But that’s not true. At least some of the increase is due to the tendency during the 20th century to suppress fires, especially in the West. That led to an overgrowth of vegetation, denser vegetation, which provides fuel to the fires that do occur. It’s very challenging to tease out how much is due to climate change and how much is due to this accumulation of fuel. The accumulated fuel has resulted in what is sometimes called the fire deficit.

The West has always burned, with occasionally sustained periods of very frequent fires. Charcoal records in the soil indicate fairly extensive fire activity between 1100 and 1300 A.D., which happened to be a warm period across the West. So the West has gone through the cycles of more fire, less fire, more fire. But now we’re really pushing the envelope with both climate change and the accumulated fuels.

What we’d like to do is better understand what’s driving the recent increase. The number of fires has changed only modestly since the 1980s but the size of the fires — the area burned — has dramatically increased. For example, the area burned by lightning-strike fires in forests has increased by a factor of six in the West since 1985.

Australian wildfires will claim victims even after they’re out 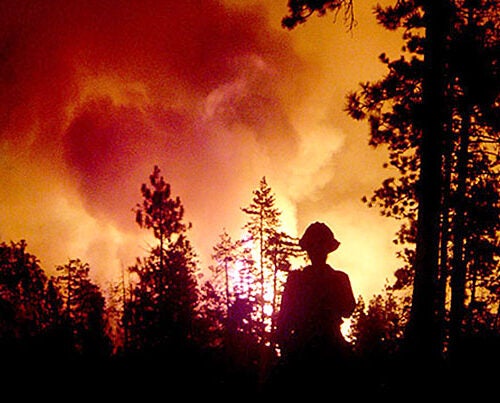 By 2050, the U.S. wildfire season will be three weeks longer, up to twice as smoky 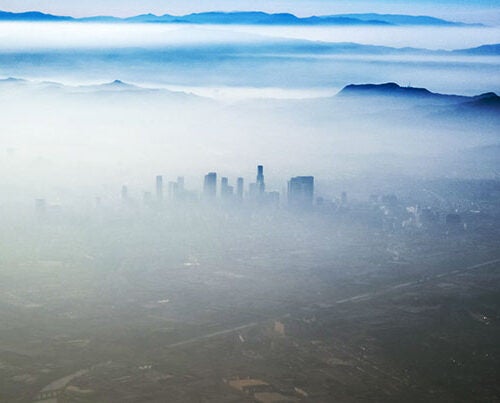 The complex relationship between heat and ozone

GAZETTE:  Is that directly related to the fuel on the ground catching fire more easily with any lightning strike?

MICKLEY: That’s a good question. At least part of that is probably due to the suppression of fire but part of that is due to climate change. We may have a better answer in two to three years. It’s important to keep in mind that humans have altered the climate, and they’ve altered the landscape. Together, these have led to the fires. Another factor is that the number of people living in wildland areas has increased a lot since about 1990. The population is growing, and people love living in beautiful areas. But this puts them in harm’s way. So we’re not well insulated from these fires; we’re more vulnerable to fires.

GAZETTE:  I remember hearing about the fire deficit — the accumulated material on the forest floor — in the past and we keep hearing about these big fires. Are we burning through this deficit or is the area so vast compared to the area burned each year that we’re really not?

MICKLEY:  I would say not. It would take several decades of sustained high levels of burning to erase the fire deficit.

Interview was lightly edited for clarity and length.