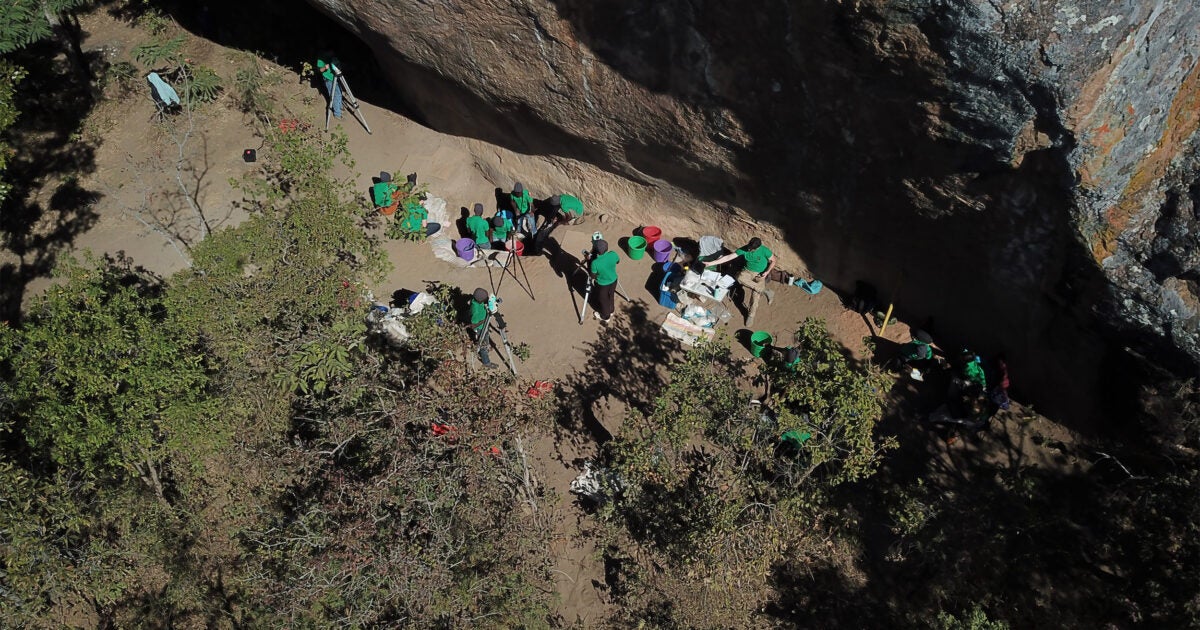 Between 80,000 and 50,000 years ago, people across early eastern and southern Africa left behind traces of an explosion of symbolic expression reflected in far more intensive use of eggshell beads, pendants, pigments, and other art.

Archaeologists have long hypothesized that these new creations were likely the result of major changes in where and how people lived, traveled, and interacted, but the theory has been difficult to test and prove. The problem is the items alone don’t tell the full story. To get at that missing piece of the puzzle, a team of archaeologists and geneticists turned to the ancient people themselves.

A new study analyzing ancient human remains has produced the earliest DNA from sub-Saharan Africa and gives a more complete look at how people from different regions moved around the continent, a shift that led to the creation of social networks for trade and information-sharing. The analysis also shines fresh light on the ancestral populations of almost all foraging peoples in eastern and southern Africa, including ancient and modern hunter-gatherer populations.

A team of 44 researchers, co-led by Harvard geneticists David Reich and Mark Lipson and archaeologist Mary Prendergast, A.M. ’05, Ph.D. ’08, an associate professor at Rice University and a 2016-17 Radcliffe Fellow, describe the findings in Nature. The study is the latest in a series of papers that find their roots in the time Prendergast spent at Radcliffe and met Reich, ultimately leading to their collaboration in using ancient DNA to shed light on questions in African archaeology.

“All humans today descend from ancestors who lived in Africa more than 100,000 years ago, and Africa today is the place on Earth where our species is most diverse,” said Reich, a professor in the Department of Human Evolutionary Biology and a professor of genetics at Harvard Medical School. “But while we all recognize the centrality of Africa, we often overlook Africa in the last 50,000 years.”

The new study helps fill this gap through the analysis of DNA data from six ancient individuals found in areas now part of Malawi, Tanzania, and Zambia. Three date from 14,000 to 20,000 years ago, more than twice as old as the oldest ancient human DNA formerly studied from the region. In addition, the genetic material is the first such data examined from the Late Pleistocene age (the geological period from about 130,000 to 12,000 years ago).

The researchers looked at these data alongside that from 28 individuals buried at sites across the continent to gain new insight into the genetic population structure of eastern and southern Africa.