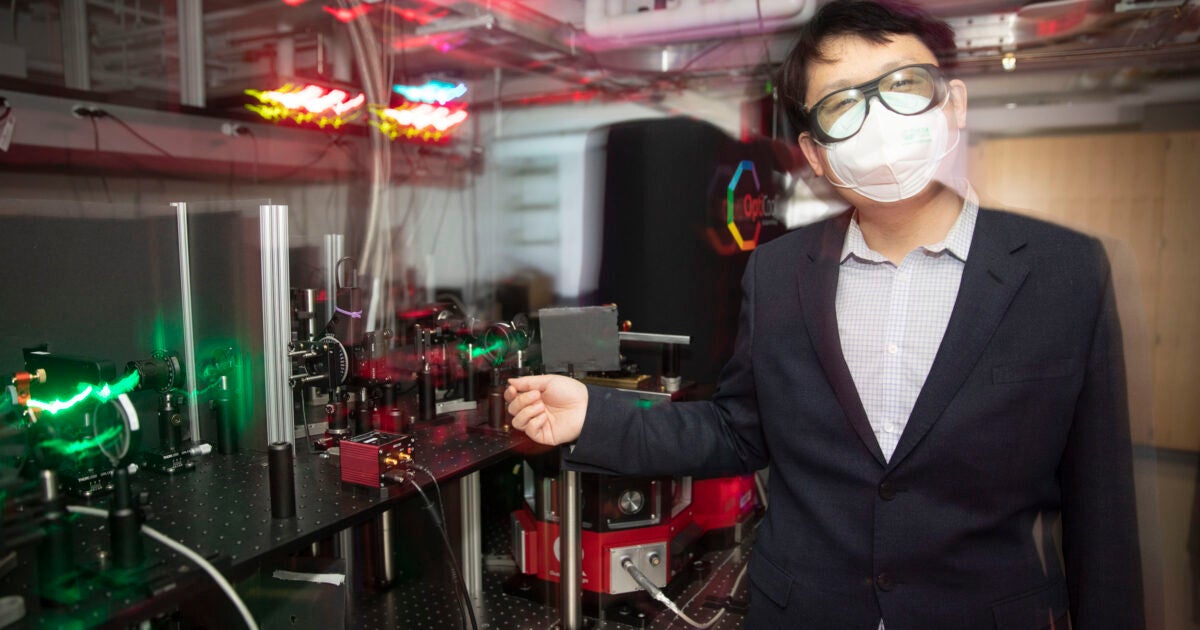 Throughout human history, most of our efforts to store information, from knots and oracle bones to bamboo markings and the written word, boil down to two techniques: using characters or shapes to represent information. Today, huge amounts of information are stored on silicon wafers with zeros and ones, but a new material at the border of quantum chemistry and quantum physics could enable vast improvements in storage.

Suyang Xu, assistant professor of chemical biology, is tying quantum mechanical “knots” in topological materials, which may be the key to unlocking the potential of quantum technologies to store and process vast arrays of information and bring game-changing advances in a variety of fields.

“Imagine a rope identified by a number of knots,” Xu said. “No matter how much the shape of the rope is changed, the number of knots — known as the topological number — cannot be changed without altering its fundamental identity by adding or undoing knots.” It is this robustness that potentially makes topological materials particularly useful.

Xu, who took his undergraduate degree in China, first encountered topological materials when he started graduate school in physics at Princeton in 2008 when the materials were first being created. Xu’s research interests involve electronic and optical properties in quantum matters, such as topological and broken symmetry states.

Topological materials move electrons along their surfaces and edges without any friction or loss, making them promising materials for super-high-speed electronics, like quantum computers. Such devices have the potential to be more powerful than existing computers because their quantum bits, referred to as “qubits,” take advantage of two properties of quantum states —superposition and entanglement — to encode information.

However, quantum states are delicate and when they are perturbed can lead to decoherence, falling out of sync and losing stored information. Because topological materials are robust and resist perturbation, they could be used to build more resilient and longer-lasting qubits.