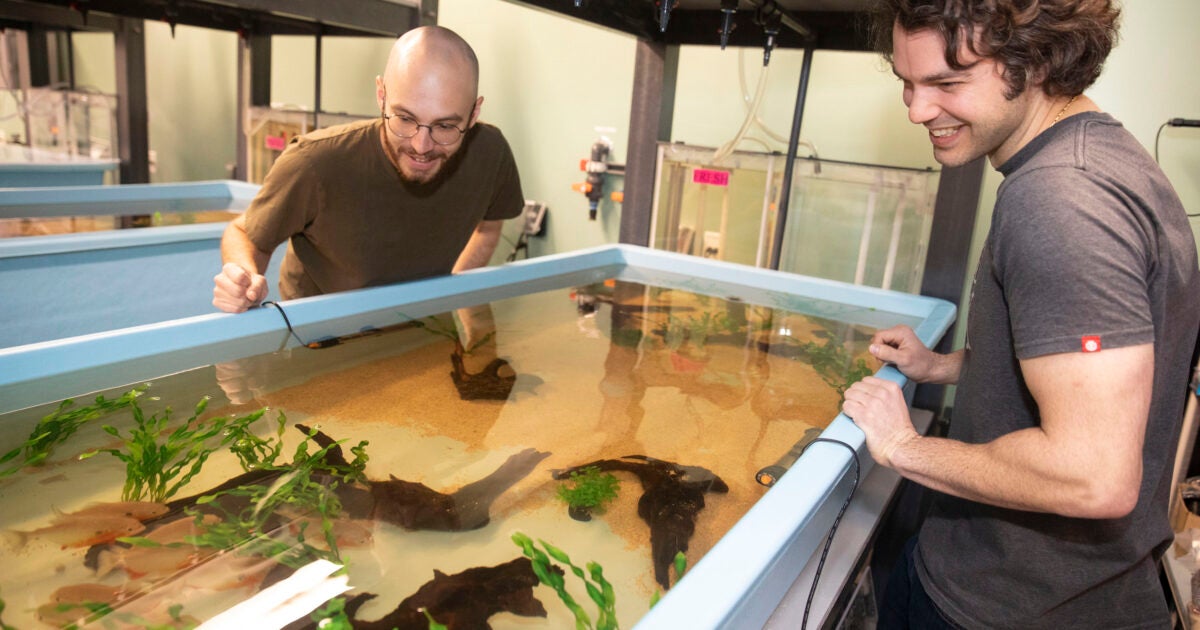 Peter B. Kilian remembers leaving Logan Airport with Brittany Walsh in mid-February and having a single thought as he looked left and right at other drivers: “They don’t know our car is filled with piranhas.”

Known for their fearsome teeth and bloody B-movie feasts, the fish are illegal to own in Massachusetts. Kilian wasn’t aware of that when he decided that studying their predation behavior would be a “cool” project for the Bellono Lab, which investigates how molecular and cellular adaptations lead to unique behavioral functions in organisms.

But he didn’t let it stop him. And before too long, with the necessary local approvals and a piranha permit for the lab in hand, he and Walsh, a fellow research technician in the lab, found themselves scrambling on short notice to meet a freight plane at Logan. After they loaded multiple boxes containing 20 caribe piranha into Walsh’s Honda CR-V, it was time to plan the actual science.

Researchers will study the temperaments of two species native to the Amazon — caribe and red-bellied piranha, which the lab plans to add later this year. The group want to determine if one species is more aggressive than the other and if they can parse out this behavioral difference by looking at blood, hormone levels, and gene expression.

The work is just starting, but already, Kilian, who’s leading the research, can tell you that the fish aren’t as terrifying as their reputation.

“They’re not apex predators,” he said. “They’re not regularly hunting in packs taking down healthy large animals. They’re very skittish when we have to put our hands into the tanks. In terms of where they lie in the wild, they’re relatively low on the totem pole. They’re prey species.”