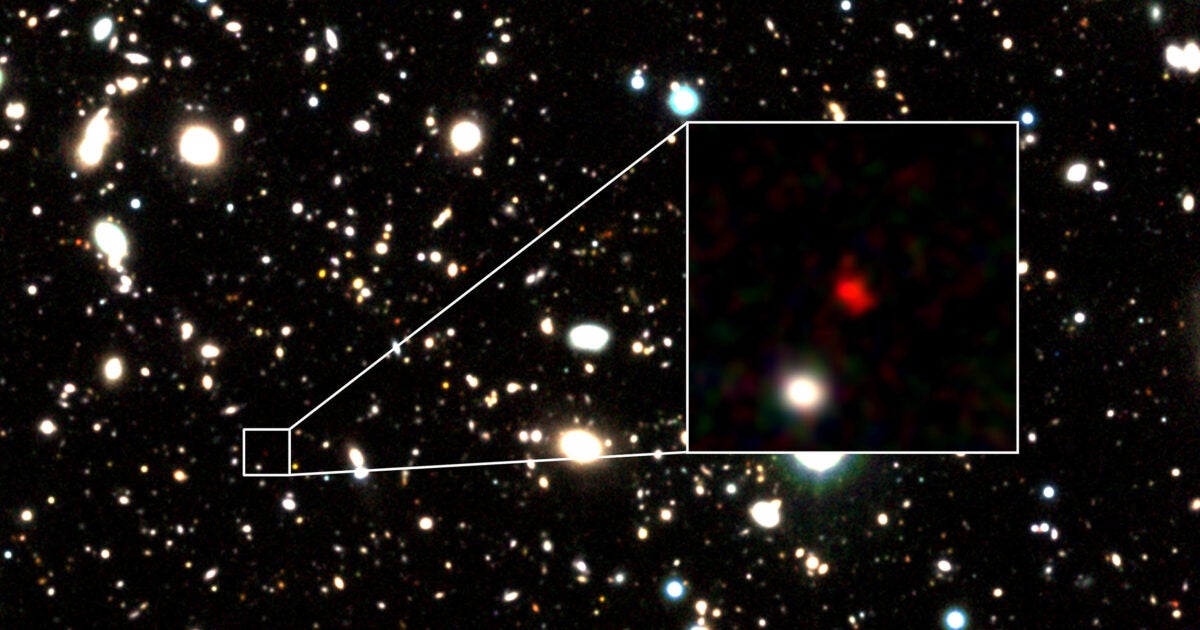 The most distant galaxy on record has been spotted by an international team of astronomers, including researchers at the Center for Astrophysics | Harvard & Smithsonian.

Named HD1, the galaxy candidate is some 13.5 billion light-years away and is described Thursday in the Astrophysical Journal. In an accompanying paper published in the Monthly Notices of the Royal Astronomical Society Letters, scientists have begun to speculate exactly what the galaxy is.

The team proposes two ideas: HD1 may be forming stars at an astounding rate and is possibly even home to Population III stars, the universe’s very first stars — which, until now, have never been observed. Alternatively, HD1 may contain a supermassive black hole about 100 million times the mass of our sun.

“Answering questions about the nature of a source so far away can be challenging,” says Fabio Pacucci, lead author of the MNRAS study, co-author in the discovery paper on ApJ, and an astronomer at the Center for Astrophysics. “It’s like guessing the nationality of a ship from the flag it flies, while being faraway ashore, with the vessel in the middle of a gale and dense fog. One can maybe see some colors and shapes of the flag, but not in their entirety. It’s ultimately a long game of analysis and exclusion of implausible scenarios.”

HD1 is extremely bright in ultraviolet light. To explain this, “some energetic processes are occurring there or, better yet, did occur some billions of years ago,” Pacucci says.