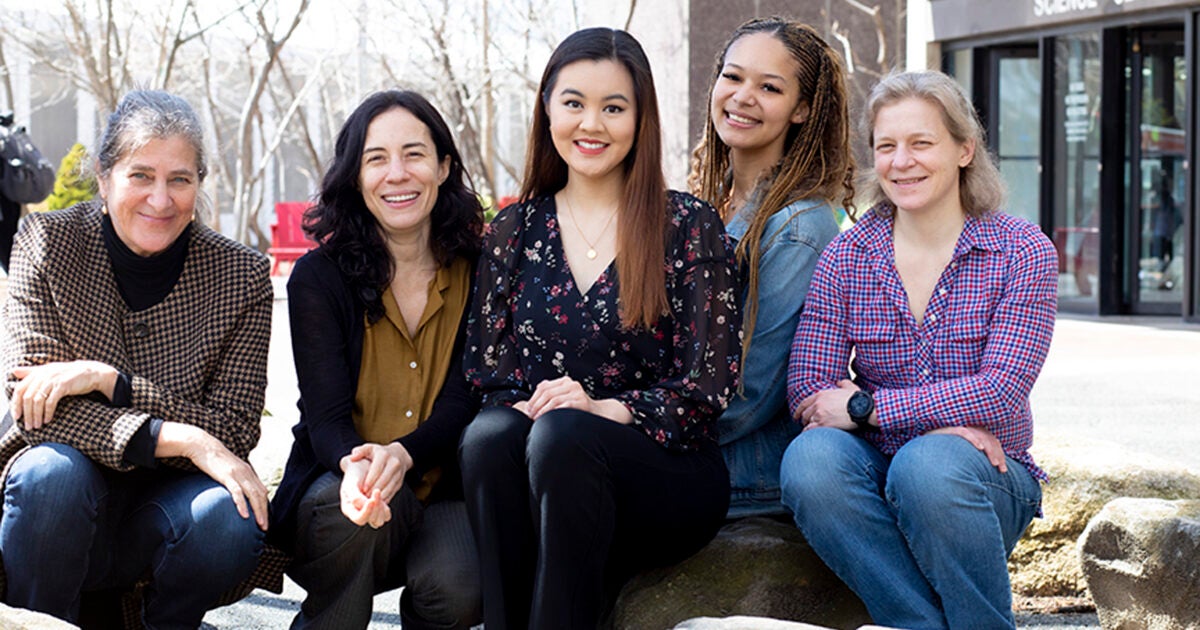 Samantha C.W. O’Sullivan didn’t know she wanted to be a physicist when she first arrived on campus. She liked the subject, but the Adams House senior wasn’t sure of what she might be able to do with a physics degree and couldn’t quite picture herself as an academic.

Then she got to know Harvard physicist Jenny Hoffman, Clowes Professor of Science, who opened her eyes to the many possibilities in physics as her first-year adviser. Now O’Sullivan will graduate in May with a degree in physics and a plan to continue her studies at Oxford in the fall as a Rhodes Scholar. She’s grateful that those early conversations set her on a path as a researcher in condensed-matter physics, and that it was another woman who helped get her there.

“That was so powerful,” said O’Sullivan. “She was my first idea of what a physicist is. It really instilled in me an idea of ‘Oh, this can be me as well.’”

O’Sullivan, Maya Burhanpurkar, and Elizabeth Guo, also from the Department of Physics, were awarded U.S. Rhodes Scholarships earlier this academic year. All three women of color said they’d been inspired and guided by faculty like Hoffman, Assistant Professor of Physics Julia Mundy, Associate Professor Cora Dvorkin, and Melissa Franklin, the Mallinckrodt Professor of Physics, who in 1992 became the first woman to receive tenure in the department.