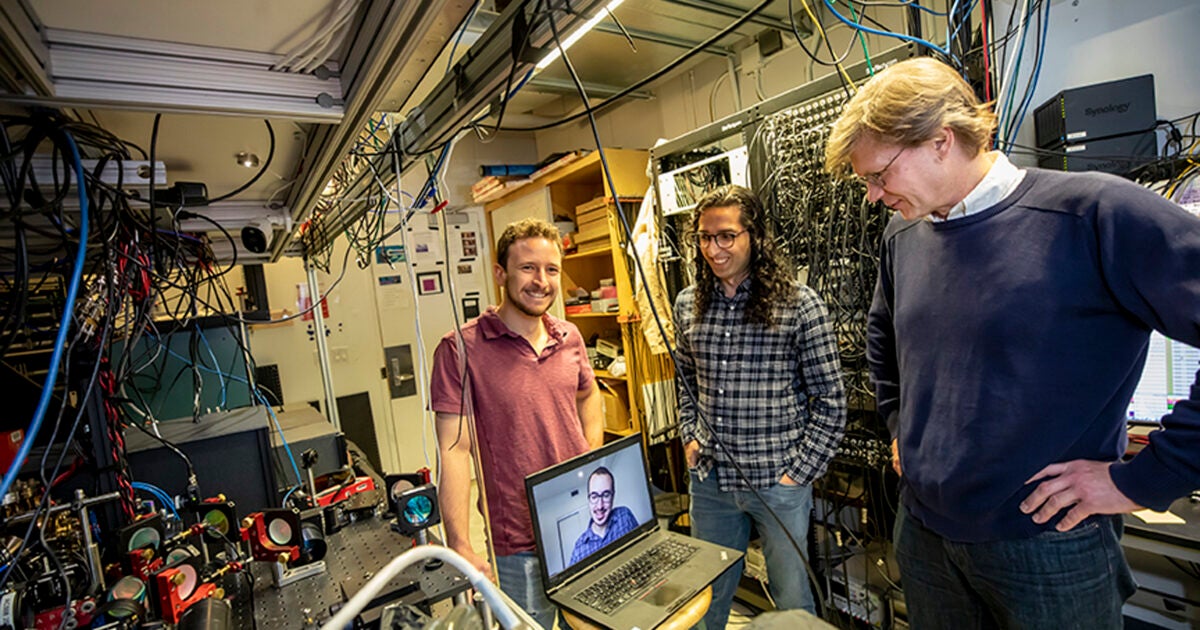 Building a plane while flying it isn’t typically a goal for most, but for a team of Harvard-led physicists that general idea might be a key to finally building large-scale quantum computers.

Described in a new paper in Nature, the research team, which includes collaborators from QuEra Computing, MIT, and the University of Innsbruck, developed a new approach for processing quantum information that allows them to dynamically change the layout of atoms in their system by moving and connecting them with each other in the midst of computation.

This ability to shuffle the qubits (the fundamental building blocks of quantum computers and the source of their massive processing power) during the computation process while preserving their quantum state dramatically expands processing capabilities and allows for self-correction of errors. Clearing this hurdle marks a major step toward building large-scale machines that leverage the bizarre characteristics of quantum mechanics and promise to bring about real-world breakthroughs in material science, communication technologies, finance, and many other fields.

“The reason why building large-scale quantum computers is hard is because eventually you have errors,” said Mikhail Lukin, the George Vasmer Leverett Professor of Physics, co-director of the Harvard Quantum Initiative, and one of the senior authors of the study. “One way to reduce these errors is to just make your qubits better and better, but another more systematic and ultimately practical way is to do something which is called quantum error correction. That means that even if you have some errors, you can correct these errors during your computation process with redundancy.”