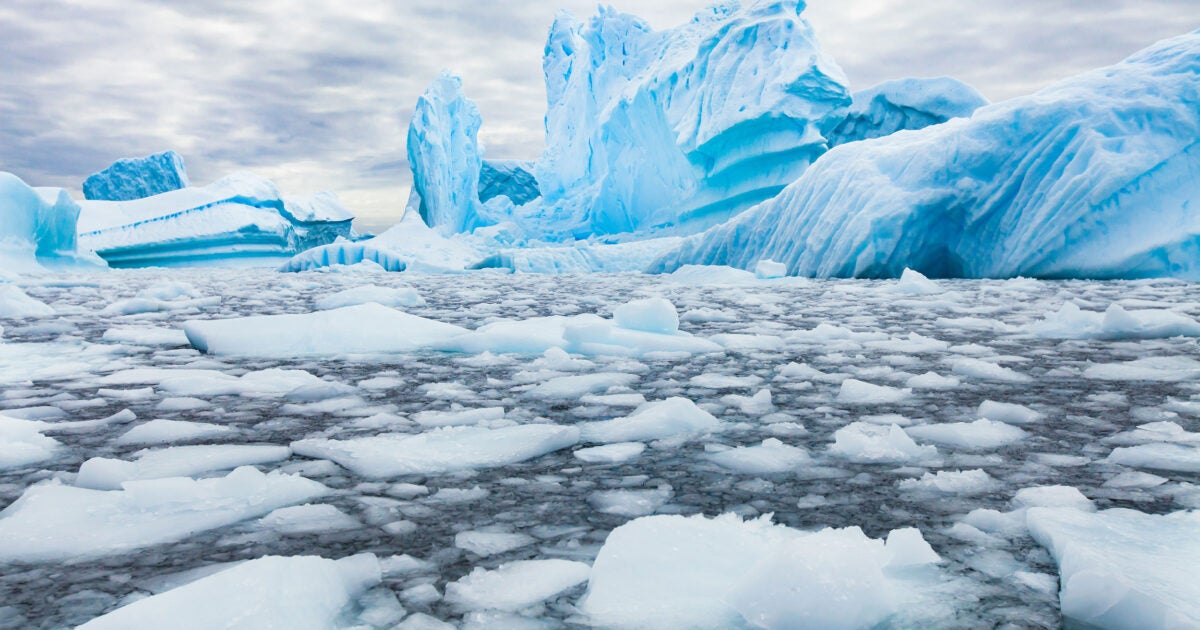 The melting of polar ice is not only shifting the levels of our oceans, it is changing the planet Earth itself. Newly minted Ph.D. Sophie Coulson and her colleagues explained in a recent paper in Geophysical Research Letters that, as glacial ice from Greenland, Antarctica, and the Arctic Islands melts, Earth’s crust beneath these land masses warps, an impact that can be measured hundreds and perhaps thousands of miles away.

“Scientists have done a lot of work directly beneath ice sheets and glaciers,” said Coulson, who did her work in the Department of Earth and Planetary Sciences and received her doctorate in May from the Graduate School of Arts and Sciences. “So they knew that it would define the region where the glaciers are, but they hadn’t realized that it was global in scale.”

By analyzing satellite data on melt from 2003 to 2018 and studying changes in Earth’s crust, Coulson and her colleagues were able to measure the shifting of the crust horizontally. Their research, which was highlighted in Nature, found that in some places the crust was moving more horizontally than it was lifting.  In addition to the surprising extent of its reach, the Nature brief pointed out, this research provides a potentially new way to monitor modern ice mass changes.

To understand how the ice melt affects what is beneath it, Coulson suggested imagining the system on a small scale: “Think of a wooden board floating on top of a tub of water. When you push the board down, you would have the water beneath moving down. If you pick it up, you’ll see the water moving vertically to fill that space.”

These movements have an impact on the continued melting. “In some parts of Antarctica, for example, the rebounding of the crust is changing the slope of the bedrock under the ice sheet, and that can affect the ice dynamics,” said Coulson, who worked in the lab of Jerry Mitrovica, the Frank B. Baird, Jr. Professor of Science.

The current melting is only the most recent movement researchers are observing. “The Arctic is an interesting region because, as well as the modern-day ice sheets, we also have a lasting signal from the last ice age,” Coulson explained. An ice sheet once covered what is now Northern Europe and Scandinavia during the Pleistocene Epoch, the ice age that started about 2.6 million years ago and lasted until roughly 11,000 years ago. “The Earth is actually still rebounding from that ice melting.”

“On recent timescales, we think of the Earth as an elastic structure, like a rubber band, whereas on timescales of thousands of years, the Earth acts more like a very slow-moving fluid.” said Coulson, explaining how these newer repercussions come to be overlaid on the older reverberations. “Ice age processes take a really, really long time to play out, and therefore we can still see the results of them today.”

The implications of this movement are far-reaching. “Understanding all of the factors that cause movement of the crust is really important for a wide range of Earth science problems. For example, to accurately observe tectonic motions and earthquake activity, we need to be able to separate out this motion generated by modern-day ice-mass loss,” she said.

Coulson is continuing her research as a Director’s Postdoctoral Fellow at Los Alamos National Laboratory in New Mexico as part of a climate group that works on future projections of ice sheets and ocean dynamics.

Glenn Antony Milne, professor of Earth and Environmental Sciences at the University of Ottawa, explained that understanding the extent of this movement clarifies all studies of the planet’s crust. “Sophie’s work is important because it is the first to show that recent mass loss of ice sheets and glaciers causes 3D motion of the Earth’s [solid] surface that is greater in magnitude and spatial extent than previously identified,” he said. “Also, one could look for this signal in regional and larger-scale global navigation satellite system datasets to, in principle, produce improved constraints on the distribution of ice mass fluctuations and/or solid Earth structure.” 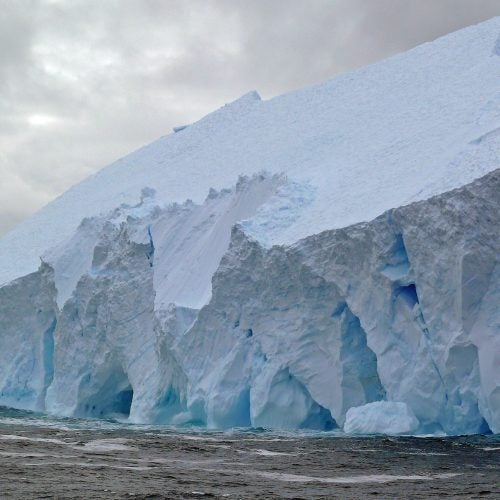