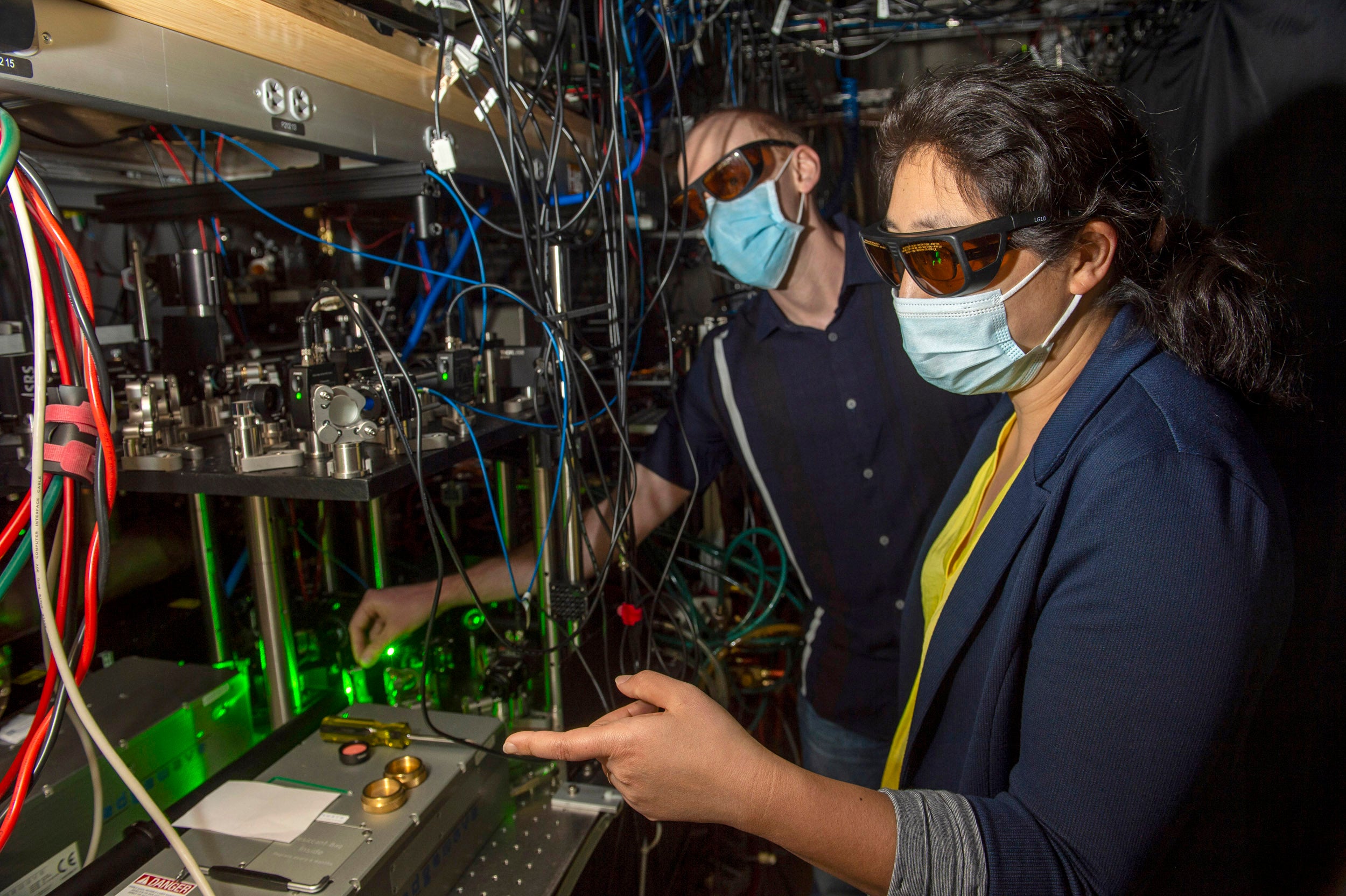 A heart surgeon doesn’t need to grasp quantum mechanics to perform successful operations. Even chemists don’t always need to know these fundamental principles to study chemical reactions. But the workings of the atomic and subatomic world is fundamental to our lives and for Kang-Kuen Ni, the Morris Kahn Associate Professor of Chemistry and Chemical Biology and of Physics, exploring it is, like going into space, a quest to discover a vast and mysterious new realm.

Today, much of quantum mechanics is explained by Schrödinger’s equation, a kind of master theory that governs the properties of everything on Earth. “Even though we know that, in principle, quantum mechanics governs everything,” Ni said, “to actually see it is difficult and to actually calculate it is near-impossible.”

With a few well-reasoned assumptions and some innovative techniques, Ni and her team can achieve the near-impossible. In their lab, they test current theories about chemical reactions against actual experimental data to edge closer to a verifiable map of the laws that govern the mysterious quantum realm. And now, with ultracold chemistry — in which atoms and molecules are cooled to temperatures just above absolute zero, where they become highly controllable and more visible — Ni and her lab members have collected real experimental data from an unexplored quantum frontier, providing strong evidence of what the theoretical model got right (and wrong) and a roadmap for further exploration into the shadowy next layers of quantum space.

“We know the underlying laws that govern everything,” said Ni. “But because almost everything on Earth is made of at least three or more atoms, those laws quickly become far too complex to solve.”