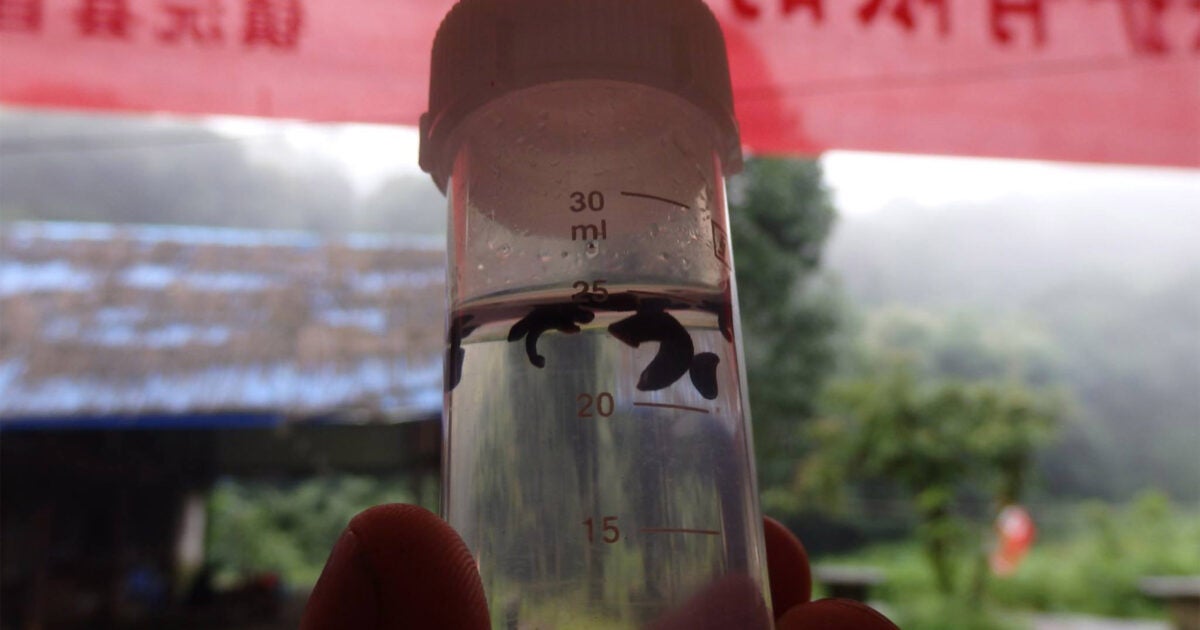 Scientists looking to measure the biodiversity of wild animals in a nature reserve are taking their lead from leeches.

In a new study led by a team of Harvard researchers, DNA samples extracted from the blood meals of leeches were used to map which animals live in the Ailaoshan National Nature Reserve in Yunnan, China. The findings suggest that the blood-sucking worms may serve as a simpler, much less expensive surveillance instrument for some biodiversity surveys than existing tools such as camera traps and bioacoustic recorders.

The research used DNA extracted from more than 30,000 leeches to survey more than 80 species of vertebrates, including amphibians, mammals, birds, and squamates. The leeches were collected over a three-month period by forest rangers throughout the 260-square-mile nature reserve, which stretches for nearly 80 miles along a mountain ridge in Southern China.

The work, published in Nature Communications, addresses a major practical challenge in measuring animal biodiversity over large spaces. Protected areas are often set aside with the goal of conserving wild animal communities, but it is costly and time-consuming to monitor those communities directly.