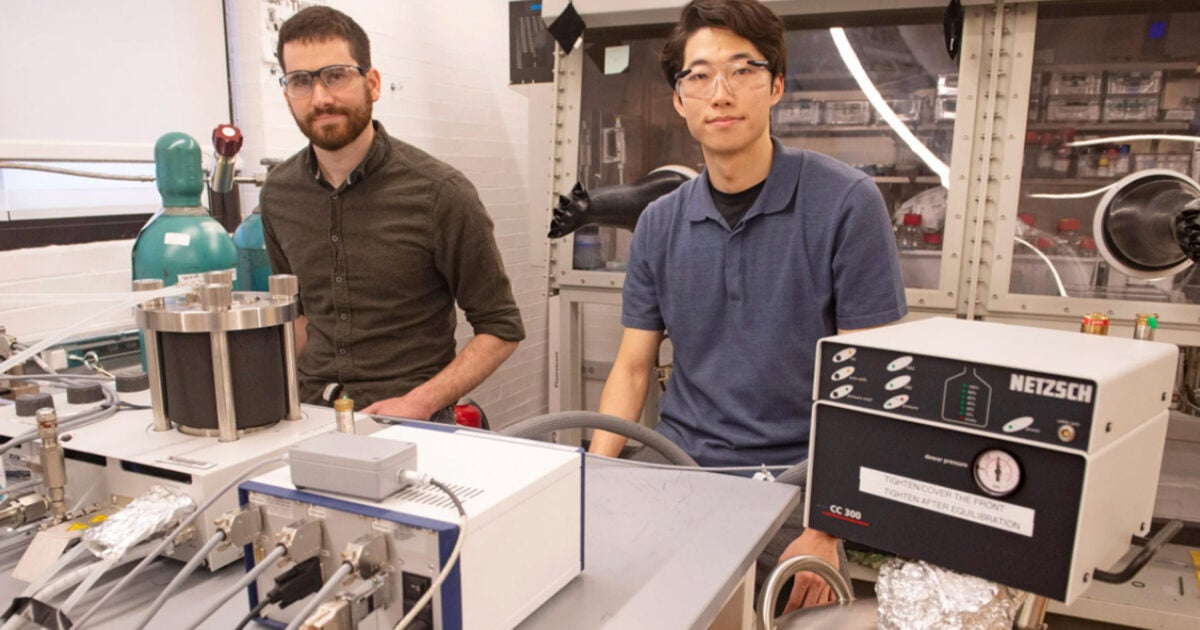 A summer dilemma worthy of Solomon: how to stay cool in days of high heat and humidity without turning to traditional air conditioning, which consumes vast amounts of electricity and emits potent climate-changing greenhouse gases.

The answer potentially involves a new class of solid-state refrigerants that could enable energy-efficient and emission-free cooling. And now researchers from the Department of Chemistry and Chemical Biology have developed an environmentally friendly mechanism to enable solid-state cooling with two-dimensional perovskites. Their findings are described in a new study in Nature Communications.

“Shifting away from the vapor compression systems that have been in use for a really long time is a crucial part of the overall push toward a more sustainable future,” said Jarad Mason, the paper’s senior author and assistant professor of chemistry and chemical biology. “Our focus is looking deeply at the intrinsic properties of these materials to see what is possible in terms of solid-state cooling as a sustainable alternative.”

Also known as barocaloric materials, the two-dimensional perovskites release and absorb heat in response to pressure changes as they expand and contract. The effect is based on a phenomenon you may be familiar with if you’ve ever stretched a balloon and felt it warm up against your lips. Similarly, these materials release heat when pressurized or stressed. Without releasing any harmful emissions, this mechanism can remove heat in the solid state using low driving pressures.

This new mechanism for solid-state cooling has the potential to overcome the limitations of traditional vapor-compression cooling technology, which has remained largely unchanged since the early 20th century.

Any kind of refrigeration system runs in a cycle from a low-entropy state when a material can absorb heat, thereby cooling a space, to a high-entropy state when that energy can be released in a heat sink, where it dissipates. Vapor-compression air conditioners circulate a volatile fluid refrigerant that evaporates and condenses under varying pressure through metal coils to cool an enclosed space and eject heat outside. Running vapor-compression cycles is energy-intensive, responsible currently for almost 20 percent of electricity use in buildings around the world. In addition, leaking refrigerants are more than 1,000 times more potent greenhouse gases than carbon dioxide.