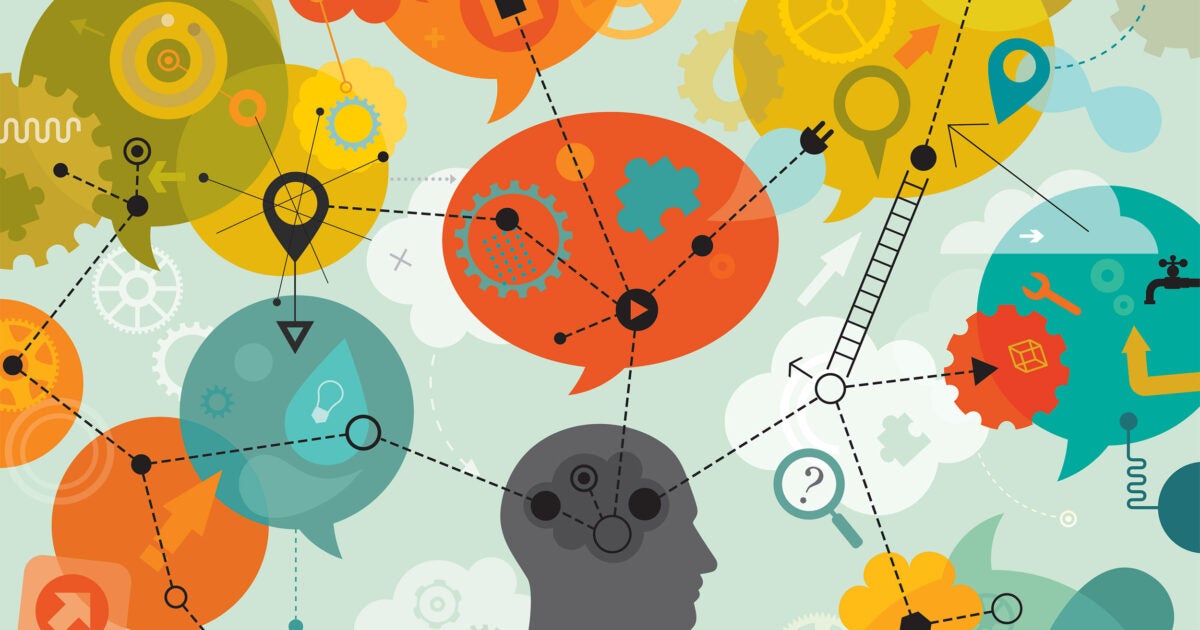 “I think, therefore I am” has been a kind of human slogan ever since the 17th-century French philosopher René Descartes wrote his famous phrase. But scientists like Stephen Fleming might add another layer: “I think about thinking, therefore I am.”

“We often take this for granted,” Fleming, who studies metacognition, said last week during a virtual Harvard Science Book Talk presented by the University’s Division of Science, Cabot Science Library, and Harvard Book Store. Going for a walk, playing piano, or solving a math problem is a more visible form of thinking, he continued. But metacognition — self-awareness or thinking about thinking — is the invisible judge evaluating decisions such as what to eat for lunch, whom we want as a partner, and whether our convictions are right or wrong.

Speaking with Elizabeth Phelps, the Pershing Square Professor of Human Neuroscience, Fleming discussed his new book, “Know Thyself: The Science of Self-Awareness.” The conversation spanned the origins of metacognition, who excels at it (hint: kids do not), and how this field touches everything from ancient Greece to MRIs, dolphins to self-driving cars, anxiety to the origins of human consciousness.

Plato, Socrates, and other Greek philosophers believed self-awareness, or the ability to know one’s own mind, was the key to wisdom, said Fleming, principal investigator at the Wellcome Centre for Human Neuroimaging, University College London, where he leads the Metacognition Group. Centuries later, Descartes ran experiments to try to unravel this uniquely human capability. But it wasn’t until the last 50 years — and the invention of neuroimaging technology like MRIs — that scientists could finally start measuring what this murky, abstract process looks like in the human brain.

The human brain must grapple with a constant and chaotic barrage of sights, sounds, and smells. “It’s locked in this dark skull,” Fleming said. “It doesn’t have access to the outside world. It just has noisy sensory inputs.” Metacognition helps determine which inputs to prioritize and what, despite the onslaught, you still do not know. But even this higher-level thinking has gaps, to the benefit of ventriloquists and other illusionists. Because the human brain treats vision as more reliable than hearing, Fleming said, seeing a dummy talk is more convincing than hearing the performer’s mumbles.

Metacognition also helps humans predict and track actions, automatically tipping the body forward, for example, to compensate for an escalator’s initial jerk (if that escalator is broken, most people tip anyway and stumble, a meta-miscalculation).