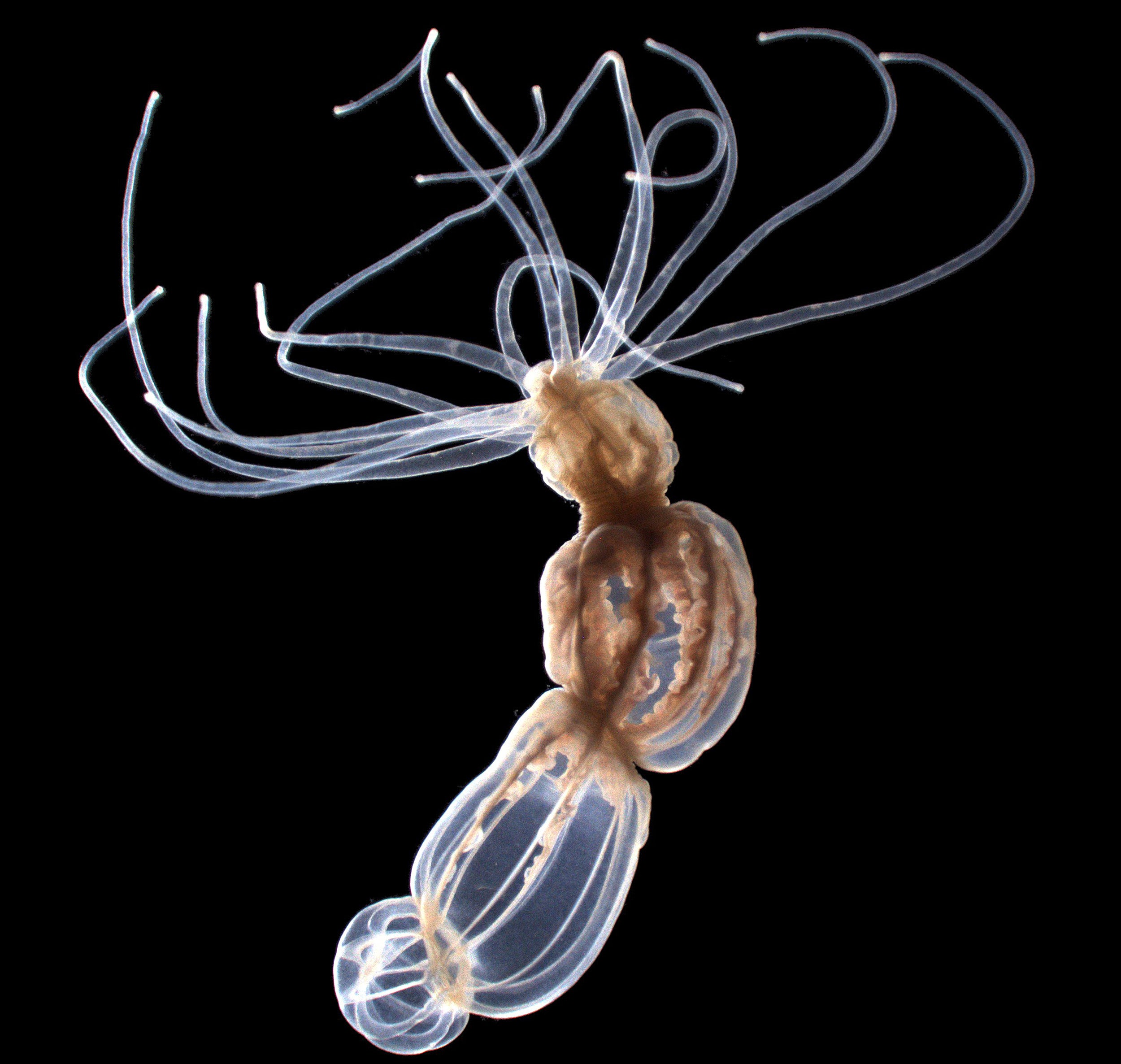 To sting or not to sting? For jellyfish, that is the question whenever their tentacles brush up against anything, including millions of human swimmers around the world.

Stingers are fired out at about the speed of a discharged bullet. And each single specialized cell responsible for a response can only be deployed once, as they rupture when used and have to be grown back after a jellyfish ejects its venom-coated barb into an unsuspecting prey or an unlucky swimmer. Given the limitations on its arsenal, it would seem some prudence is in order.

“To prevent unnecessary stinging [including of itself], there must be some kind of signal that allows the cell to shoot at the right time,” said Nicholas Bellono, assistant professor of molecular and cellular biology in the Faculty of Arts and Sciences. How that stinging trigger and safeguard system works on a molecular level in jellyfish and sea anemones has long been a mystery to scientists. At least, it was until a team of researchers from Bellono’s lab solved it.

They identified how the stinging cells, called nematocytes, which are found along the tentacles of sea anemones and jellyfish — both types of cnidaria — detect and filter diverse cues from the environment to control when (and when not) to sting.

The researchers found that nematocyte cells from the starlet sea anemone, a relation of the jellyfish, have an unusual calcium electrical current that is critical for initiating the stinging response, but that the ion channel controlling this current only opens under very specific conditions: a combination of mechanical stimuli from a tentacle making contact with a prey or predator, like a poke, and the presence of certain chemical cues, like those from prey or predators.

During all other times, these calcium channels are inactive and render the cell dormant until the right signal approaches.