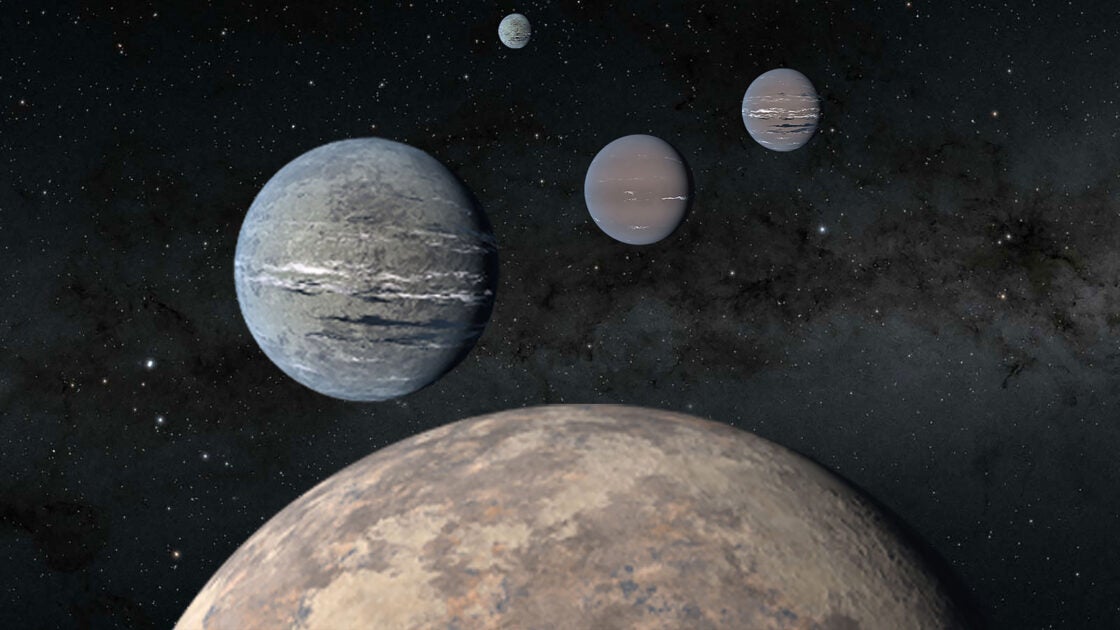 They may be the youngest astronomers to make a discovery yet.

This week, 16-year-old junior Kartik Pinglé and 18-year-old senior Jasmine Wright have co-authored a peer-reviewed paper in The Astronomical Journal describing the discovery of four new exoplanets about 200-light-years away from Earth.

The high schoolers participated in the research through the Student Research Mentoring Program (SRMP) at the Center for Astrophysics | Harvard & Smithsonian (CfA). Directed by astrochemist Clara Sousa-Silva, the SRMP connects local high schoolers who are interested in research with real-world scientists at Harvard and MIT. The students then work with their mentors on a year-long research project.

“It’s a steep learning curve,” said Sousa-Silva, but it’s worth it. “By the end of the program, the students can say they’ve done active, state-of-the-art research in astrophysics.”

Pinglé and Wright’s particular achievement is rare. High schoolers seldom publish research, Sousa-Silva said. “Although that is one of the goals of the SRMP, it is highly unusual for high-schoolers to be co-authors on journal papers.”

With guidance from mentor Tansu Daylan, a postdoc at the MIT Kavli Institute for Astrophysics and Space Research, the students studied and analyzed data from the Transiting Exoplanet Survey Satellite (TESS). TESS is a space-based satellite that orbits around Earth and surveys nearby bright stars with the ultimate goal of discovering new planets.