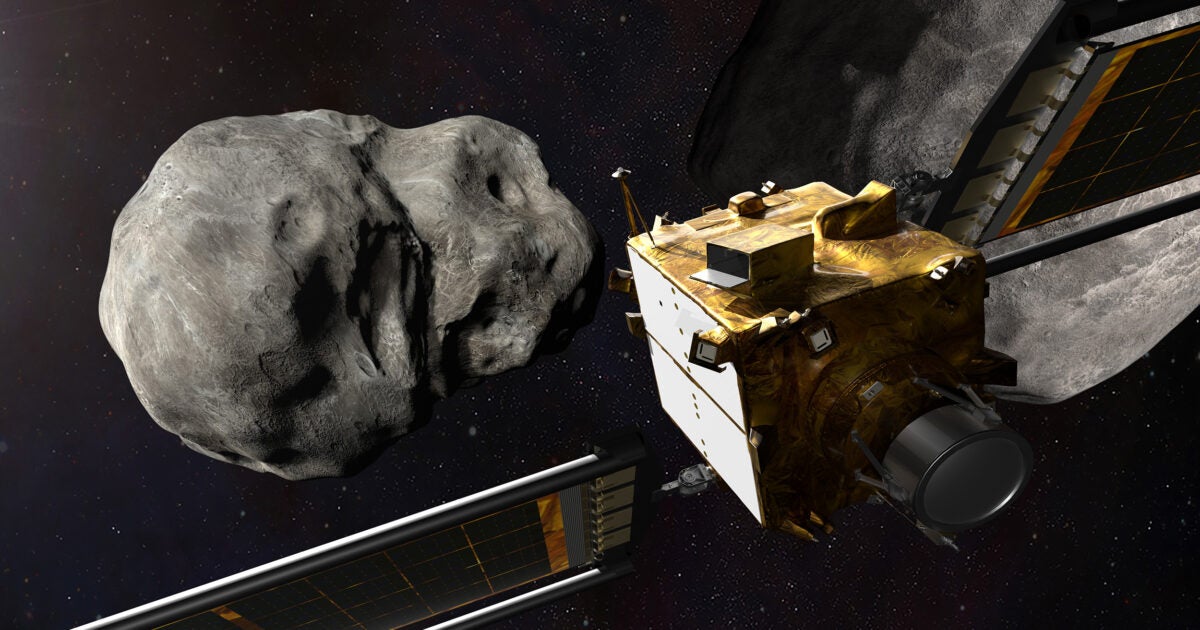 Last week, the stuff of Hollywood blockbusters became a reality when NASA launched its Double Asteroid Redirection Test (DART), a small spacecraft that will smash into an asteroid sometime in September or October to try to alter its path. Scientists say the target, Dimorphos, poses no threat to Earth, but that we need to be ready in the future event of a mass of rock or metal hurtling toward the planet at more than 30,000 miles an hour. The Gazette spoke with Harvard astrophysicist Jonathan McDowell about NASA’s first-of-its-kind mission. The interview was edited for clarity and length.

GAZETTE: What exactly is an asteroid?

McDOWELL: The technical term for it is a minor planet. It’s an object, usually orbiting the sun, that is too small to be considered a planet. In the context we’re talking about, near-Earth asteroids are basically mountains flying through space that are anything from 100 meters across to a few kilometers across, out in the asteroid belt between Mars and Jupiter. You get all sizes, all the way up to dwarf planets that are 1,000 kilometers across. The ones that are a threat to Earth are less than a mile across. These are remnants left over from the formation of our sun and the solar system. There were lots of these things early on in the solar system before the planets were there, and a bunch of them hit each other and glommed on together and built themselves up to become planets. So asteroids are the construction debris left over from building the planets. The trouble is that they are still flying around, trying to build the planets, which isn’t good if you live on one already.

GAZETTE: What are they made of?

McDOWELL: In the case of Dimorphos, we don’t know exactly. That’s one of the things researchers are hoping to find out with this mission. Mostly, asteroids consist of rock. But some asteroids are almost solid metal. Some are made of ice in the outer solar system, and when they come too close to the sun, they sort of boil off and become comets. Some are just made of stone. One question they are hoping to answer with DART: Is this asteroid a really solid, strong rock, or is it a whole bunch of pebbles being held together by gravity, such that if you smash into it, it’ll kind of be like a ball pit? If you’re worried that one of these asteroids is someday going to hit the Earth, you want to know how hard you have to hit it to successfully alter its course. That depends on whether it’s a solid thing or one of these rubble piles, as we call them, that are only very tenuously held together.