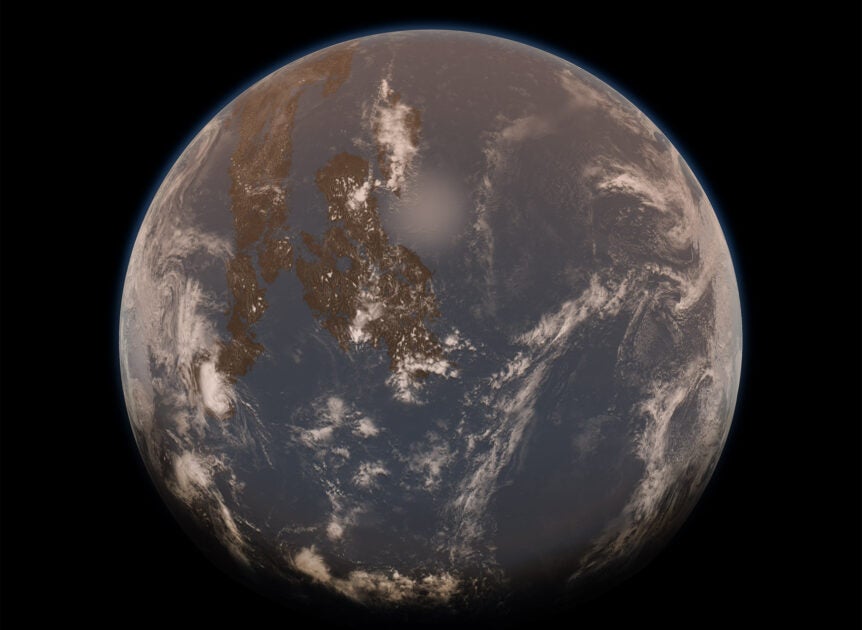 In 1995, Universal Studios released what was, at the time, the most expensive movie ever made: “Waterworld,” a film set in the distant future where the planet Earth was almost completely covered in water and its remaining inhabitants could only dream of mythic dry land. Well, take away the future part, the exorbitant budget, the chain-smoking pirates, and the gill-sporting Kevin Costner and the movie may have been onto something.

According to a new, Harvard-led study, geochemical calculations about the interior of the planet’s water storage capacity suggests Earth’s primordial ocean 3 to 4 billion years ago may have been one to two times larger than it is today, and possibly covered the planet’s entire surface.

“It depends on the conditions and parameters we look at in the model, such as the height and distribution of the continents, but the primordial ocean could have flooded more than 70, 80, and even 90 percent of the early continents,” said Junjie Dong, a Ph.D. student in Earth and Planetary Sciences at the Graduate School of Arts and Sciences, who led the study. “In the extreme scenarios, if we have an ocean that is two times larger than the amount of water we have today, that might have completely flooded the land masses we had on the surface of the early Earth.”

The research was published in AGU Advances earlier this month. It challenges long-held assumptions that Earth’s ocean volume hasn’t changed too much since the planet’s formation. At its root, the paper delves into understanding the origins of water and the history of how its bodies have evolved.