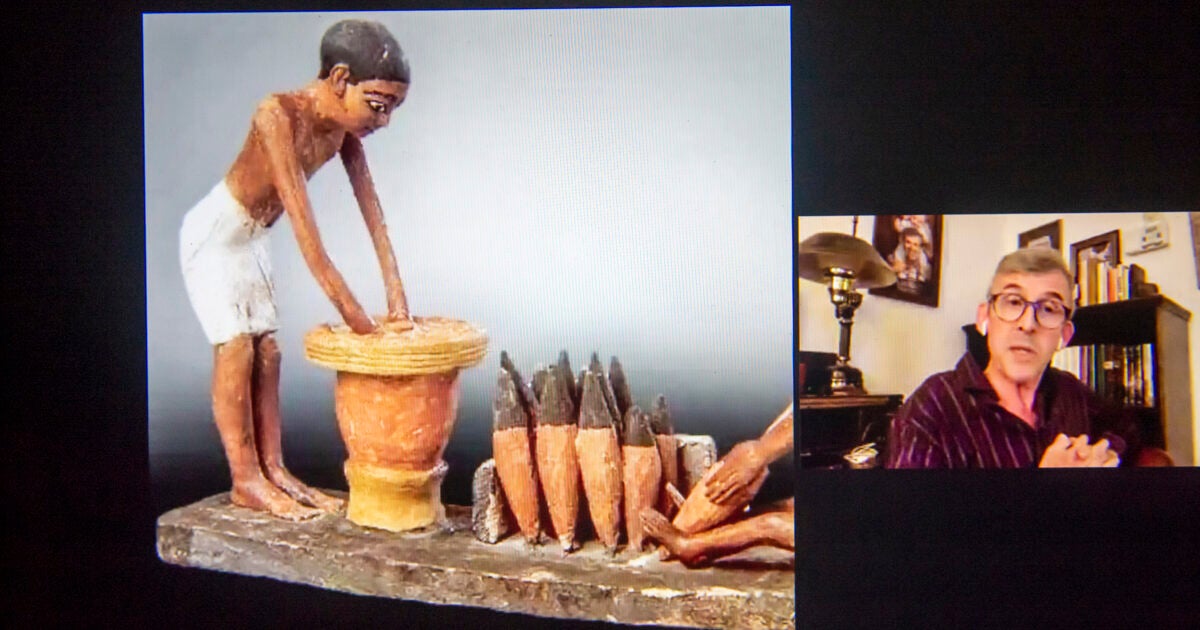 Matthew Douglas Adams wants to taste 5,000-year-old beer — or at least one made like they did then.

Thanks to his recent excavation of a brewery in the ancient Egyptian city of Abydos, the senior research scholar at New York University’s Institute of Fine Arts may get his wish, and soon. But the excavation revealed far more than a way to reconstruct an ancient recipe for suds. The industrial-scale production — on par with today’s best microbreweries — offers direct evidence of the kind of power wielded by Egyptian kings.

“If one batch was made each week, that’s well over a million liters a year, which is almost mind-boggling, especially in ancient terms,” said Adams in a Thursday evening lecture titled “How Beer Made Kings in Early Egypt.” The talk was part of the Harvard Museums of Science and Culture’s free, virtual, public lecture series and was Adams’ first public talk about his findings.

In previous digs, archaeologists have unearthed several breweries across various sites. But the one in Abydos is the largest so far. In the early 1900s, Egyptologist Thomas Eric Peet was excavating cemetery fields in Abydos when he found surprising remains underneath the tombs: large pottery vats, propped up by fired-mud bricks. Peet speculated the rigs were used to dry grain.

He was close. But it was Adams and his team who determined what they were really for. In two excavations during 2018 and 2020, they uncovered six large, rectangular buildings, each more than 20 yards long and three feet deep, housing about 40 vats apiece. Each vat was wrapped in mud for insulation; charcoal lay underneath; and inside, an organic residue remained, burned black and hard.

“Enough survives for us to gain a very solid picture of what was going on,” said Adams, which is to say beer production on an industrial scale.

Two similar ancient Egyptian breweries — Tell el Farkha and HK24B — could produce batches of up to about 165 gallons and 265 gallons, respectively. (A typical U.S. keg is about 15.5 gallons.) The Abydos site, built a couple of centuries later, could put out more than 5,917 gallons per batch. That’s enough to serve a pint to every person in a packed Fenway Park and a second round for about half.

“It’s an incredible amount of beer,” especially for a society at such an early stage of economic and political development, Adams said. “Why would kings or anyone at this time need this amount of beer? What would they have possibly been using it for?”