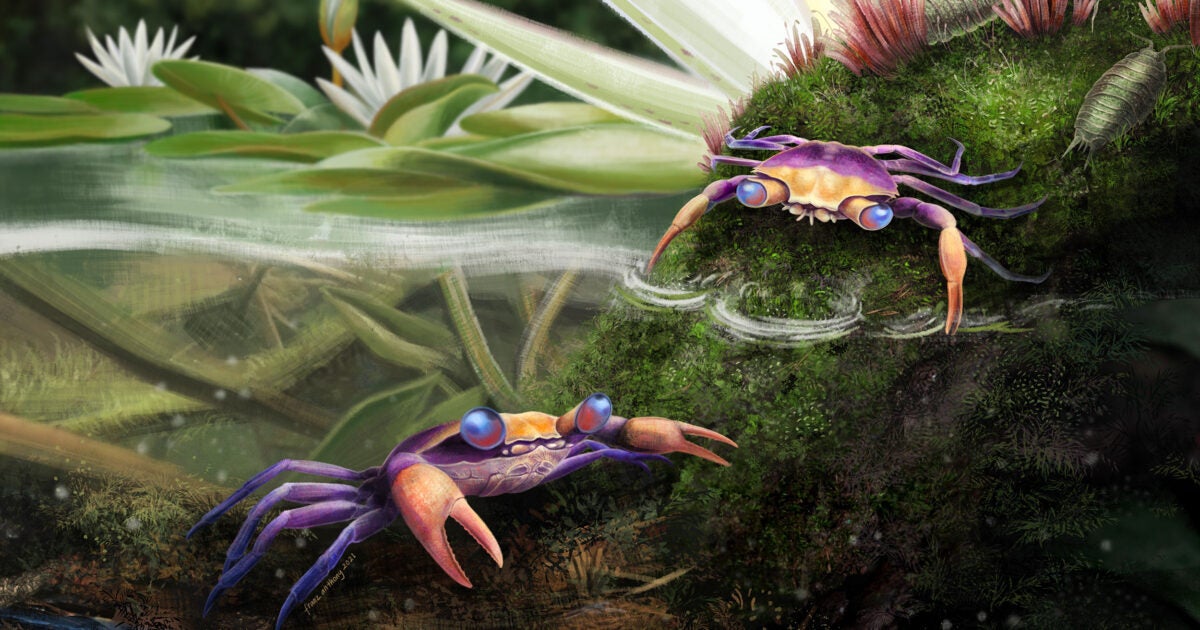 Javier Luque’s first thought while looking at the 100-million-year-old piece of amber wasn’t whether the crustacean trapped inside could help fill a crucial gap in crab evolution. He just kind of wondered how the heck it got stuck in the now-fossilized tree resin?

“In a way, it’s like finding a fish in amber,” said Luque, a postdoctoral researcher in the Harvard Department of Organismic and Evolutionary Biology. “Talk about wrong place, wrong time.”

It was, however, a bit of good luck for Luque and his team, as the amber, recovered from the jungles of Southeast Asia, presented researchers with the opportunity to study a particularly intact specimen of what’s believed to be the oldest modern-looking crab ever found. The discovery provides new insights, reported Wednesday in Science Advances, into the evolution of these crustaceans and when they spread around the world.

The crab, measuring about the width of an eraser on a pencil, is the first ever found in amber from the dinosaur era, and the researchers think it represents the oldest evidence of incursions into nonmarine environments by “true crabs.”