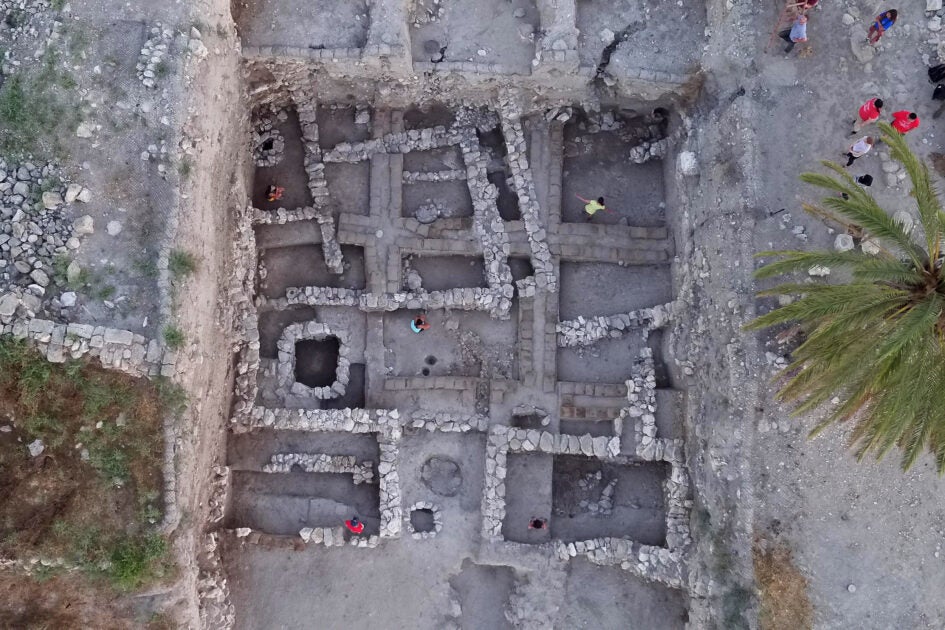 A new analysis of fossilized dental plaque offers fresh insights into long-distance trading during the Bronze Age and the surprising foods on the menu in two ancient Mediterranean cities more than 3,000 years ago.

Exotic Asian spices and foods such as turmeric, soybeans, and bananas had already reached the Levantine coast of the eastern Mediterranean, in present-day Israel, as early as 3,500 years ago — more than a millennium earlier than previously thought. Evidence of these foods in the Mediterranean provides the earliest direct evidence of them outside of their regions of origin in Asia and shows that from the Middle Bronze to early Iron Age, around 3,000 to 3,600 years ago, long-distance trade routes already connected these distant societies.

The work is described in PNAS by a team of international scientists, including Harvard Professor Christina Warinner, Ph.D. ’08.

“The Mediterranean is a really early center of complex society and so is South Asia,” said Warinner, assistant professor of anthropology in the Faculty of Arts and Sciences and the Sally Starling Seaver Assistant Professor at the Harvard Radcliffe Institute. “These two regions are well-linked by the late first millennium B.C., but the origins of that connection haven’t been very clear, nor how far back in time it really goes.”

To get at the answer, the scientists turned to a rich data source of archeological information: ancient human teeth.