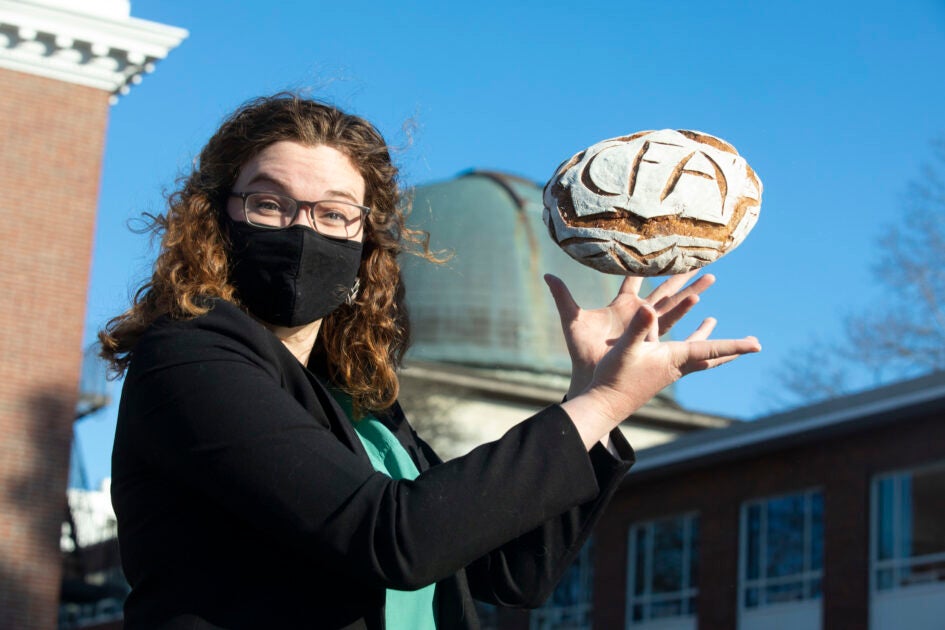 When Harvard Ph.D. student Claire Lamman isn’t helping map the universe, there’s a good chance she might be baking a piece of it.

Take the astro cake she made last month that had a buttercream frosting rendition of the Milky Way galaxy. Or the Saturn cake she made a few months prior, a confection complete with rings (made of hardened caramel and walnuts) floating around a glazed, planet-shaped lemon-blueberry creation. Most recently, Lamman marked the landing of the Perseverance on Mars with a loaf of sourdough rye bread, adorned with a likeness of the new rover carved into the crust.

“I found a hobby that seems to make people around me happy — especially hungry grad students,” said Lamman, who captures it all on her social media accounts, @lamman_cake and @ClaireLamman (Instagram and Twitter, respectively). There, the second-year Graduate School of Arts and Sciences student studying astronomy and working as a researcher at the Center for Astrophysics | Harvard & Smithsonian posts many of her space- and research-themed bakes, which range from telescopes and space stations to planets, stars, and even statistical equations and graphs.

“Online, the most common reactions are either ‘How did you do that?’ or bad space puns, which are appreciated,” Lamman said. “I’ve gotten comments on Twitter from official space agencies [NASA, the European Space Agency, and the Canadian Space Agency] and a few astronauts, including Chris Hadfield.”