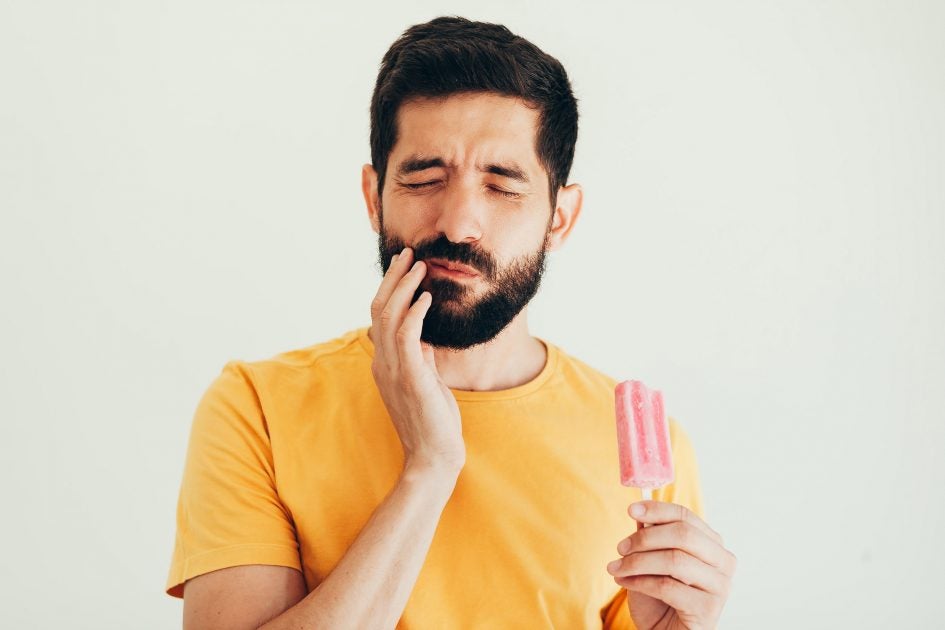 Researchers report in Science Advances that they have uncovered a new function for odontoblasts, the cells that form dentin, the shell beneath the tooth’s enamel that encases the soft dental pulp containing nerves and blood vessels.

“We found that odontoblasts, which support the shape of the tooth, are also responsible for sensing cold,” said pathologist Jochen Lennerz, one of the paper’s senior authors and medical director of the Center for Integrated Diagnostics at Massachusetts General Hospital (MGH). “This research contributes a new function to this cell, which is exciting from a basic-science standpoint. But we now also know how to interfere with this cold-sensing function to inhibit dental pain.”

Teeth that hurt from exposure to cold can occur for many reasons. Many people have experienced intense pain from cold when they have a hole in a tooth from an untreated cavity, for example. But teeth can also become very sensitive to cold from gum erosion due to aging. Some cancer patients treated with platinum-based chemotherapies have extreme cold sensitivity all over their bodies. “A breeze on the face registers as extreme pain in the teeth, which may even cause some patients to stop therapy,” said Lennerz.

Tooth pain has been notoriously difficult to study. A tooth’s hardness makes it a challenging tissue to study and inducing tooth pain in humans requires opening the tooth. The team of researchers, therefore, conducted experiments on mice whose molars were drilled under anesthesia. Mice with dental injuries manifest pain with their behavior; they drink up to 300 percent more sugar water than their littermates without dental injuries, for example. In previous research, the team of investigators had discovered TRCP5, a protein encoded by the TRCP5 gene that is expressed in nerves in many parts of the body. Their earlier discovery allowed the researchers to zero in on TRCP5 as a mediator of pain from cold.

By studying genetically altered mice that did not have the TRCP5 gene, the researchers found that the mice with injured teeth did not manifest the increased drinking behavior and behaved like mice without dental injuries.

“We now have definitive proof that the temperature sensor TRCP5 transmits cold via the odontoblast and triggers nerves to fire, creating pain and cold hypersensitivity,” said Lennerz. “This cold sensitivity may be the body’s way to protect a damaged tooth from additional injury.”

Specifically, in response to cold, the TRCP5 protein opens channels in the membrane of odontoblasts, enabling other molecules, such as calcium, to enter and interact with the cell. If the tooth’s pulp is inflamed from a deep cavity, for example, TRCP5 is overabundant, causing increased electrical signaling via the nerves emerging from the root of the tooth and running to the brain, where pain is perceived. When gums recede from aging, teeth can become hypersensitive because the odontoblasts are sensing cold in a newly exposed region of the tooth. “Most cells and tissues slow their metabolism in the presence of cold, which is why donor organs are put on ice,” said Lennerz. “But TRPC5 makes cells more active in cold, and the odontoblasts’ ability to sense cold via TRPC5 makes this discovery so exciting.”

Lennerz confirmed the presence of the TRPCS protein in extracted human teeth, which was a technical tour de force. “Our teeth aren’t meant to be cut into ultra-thin layers so they can be studied under the microscope,” said Lennerz, who first had to decalcify the teeth and put them in epoxy resin before slicing them and identifying the TRPC5 channels in the odontoblasts. 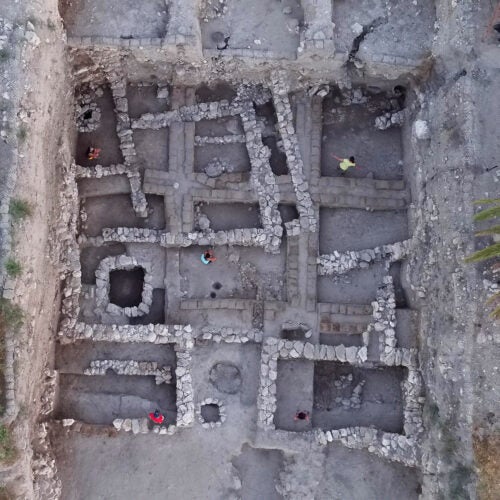 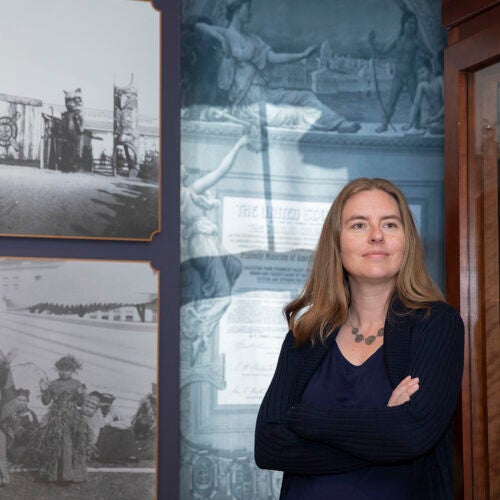 The archaeology of plaque (yes, plaque)

The research team also identified a pharmacological target for minimizing tooth sensitivity to cold. For centuries, oil of cloves has been used as a remedy for tooth pain. The active agent in oil of cloves is eugenol, which happens to block TRCP5. Toothpastes containing eugenol are already on the market, but the findings of this study may lead to more potent applications to treat teeth that are hypersensitive to cold. And there may be novel applications for eugenol, such as treating patients systemically for extreme cold sensitivity from chemotherapy. “I’m excited to see how other researchers will apply our findings,” said Lennerz.

Major funding for this research comes from the German Research Foundation and the Howard Hughes Medical Institute.

Katharina Zimmermann is the study’s principal investigator and Heisenberg Professor, physiologist and head of the Nociception and Thermosensation Research Group at the Department of Anesthesiology of Friedrich-Alexander University (FAU) in Erlangen-Nuremberg, Germany. Lennerz is associate professor of Pathology at Harvard Medical School (HMS). Co-senior author David Clapham is vice president and chief scientific officer at the Howard Hughes Medical Institute and professor of Cardiovascular Research and professor emeritus of Neurobiology at HMS. Co-first author Laura Bernal is a doctoral student in the Zimmermann Laboratory and in the Department of Systems Biology, University of Alcalá, Madrid.