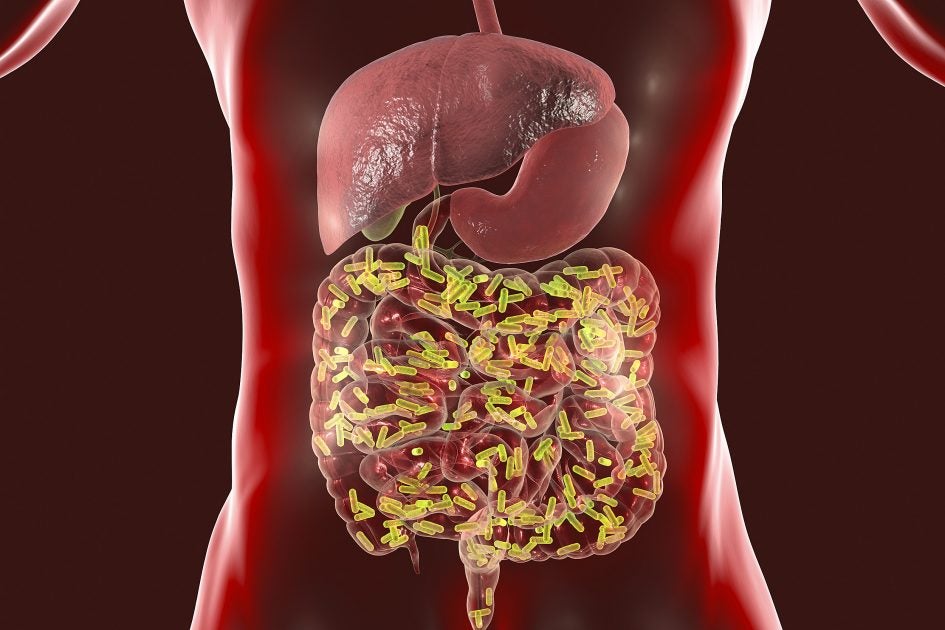 We are truly never alone, not even within our own bodies. Human beings play host to trillions of bacteria, fungi, viruses, and other microorganisms that make up the human microbiome. In recent years, the mix of these resident bacteria, and the presence of specific bacterial species, has been linked to conditions ranging from obesity to multiple sclerosis.

Now, going a step farther, researchers at Harvard Medical School and Joslin Diabetes Center have gone beyond microbial species. Analyzing the genetic makeup of bacteria in the human gut, the team has successfully linked groups of bacterial genes, or “genetic signatures,” to multiple diseases.

The work brings scientists closer to developing tests that could predict disease risk or identify disease presence based on a sampling of the genetic makeup of a person’s microbiome.

The findings, to be published May 18 in Nature Communications, link sets of bacterial genes to the presence of coronary artery disease, cirrhosis of the liver, inflammatory bowel disease, colon cancer, and type 2 diabetes. The analysis indicates that three of these conditions — coronary artery disease, inflammatory bowel disease, and liver cirrhosis — share many of the same bacterial genes. In other words, people whose guts harbor these bacterial genes seem more likely to have one or more of these three conditions.

The work represents a significant advance in the current understanding of the relationship between microbes residing in the human gut and specific diseases, the team said. If confirmed through further research, the results could inform the design of tools that could gauge a person’s risk for a range of conditions based on analysis of a single fecal sample, they added.

“This opens a window for the development of tests using cross-disease, gene-based indicators of patient health,” said first author Braden Tierney, a graduate student in the biological and biomedical sciences program at HMS. “We’ve identified genetic markers that we think could eventually lead to tests, or just one test, to identify associations with a number of medical conditions.”

The researchers caution that their study was not designed to elucidate exactly how and why these microbial genes may be linked to different diseases. Thus far, they said, it remains unclear whether these bacteria are involved in disease development or are mere bystanders in this process.

The goal of the study was to determine whether groups of genes could reliably indicate the presence of different diseases. These newly identified microbial genetic signatures, however, could be studied further to determine what role, if any, the organisms play in disease development.

“Our study underscores the value of data science to tease out complex interplay between microbes and humans,” said study senior author Chirag Patel, associate professor of biomedical informatics in the Blavatnik Institute at HMS.

The researchers started out by collecting microbiome data from 13 groups of patients totaling more than 2,500 samples. Next, they analyzed the data to pinpoint linkages between seven diseases and millions of microbial species, microbial metabolic pathways, and microbial genes. By trying out a variety of modeling approaches — computing a total of 67 million different statistical models — they were able to observe what microbiome features consistently emerged as the strongest disease-associated candidates.

Of all the various microbial characteristics — species, pathways, and genes — microbial genes had the greatest predictive power. In other words, the researchers said, groups of bacterial genes, or genetic signatures, rather than merely the presence of certain bacterial families, were linked most closely to the presence of a given condition.

“This opens a window for the development of tests using cross-disease, gene-based indicators of patient health.”
— Braden Tierney

Some of the main observations included:

In a previous study, the HMS team used massive amounts of publicly available DNA-sequencing data from human oral and gut microbiomes to estimate the size of the universe of microbial genes in the human body. The analysis revealed that there may be more genes in the collective human microbiome than stars in the observable universe.

In the gut microbiome, at least, it’s nurture, not nature 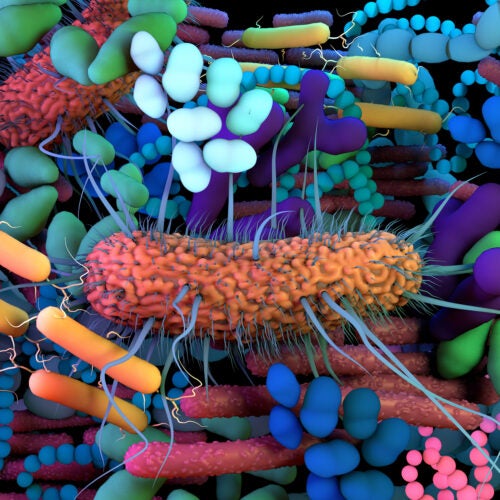 Given the sheer number of microbial genes that reside within the human body, the new findings represent a major step forward in understanding the complexity of the interplay between human diseases and the human microbiome, the researchers said.

“The ultimate goal of computational science is to generate hypotheses from a huge swath of data,” said Tierney. “Our work shows that this can be done and opens up so many new avenues for research and inquiry that we are only limited by the time, people, and resources needed to run those tests.”