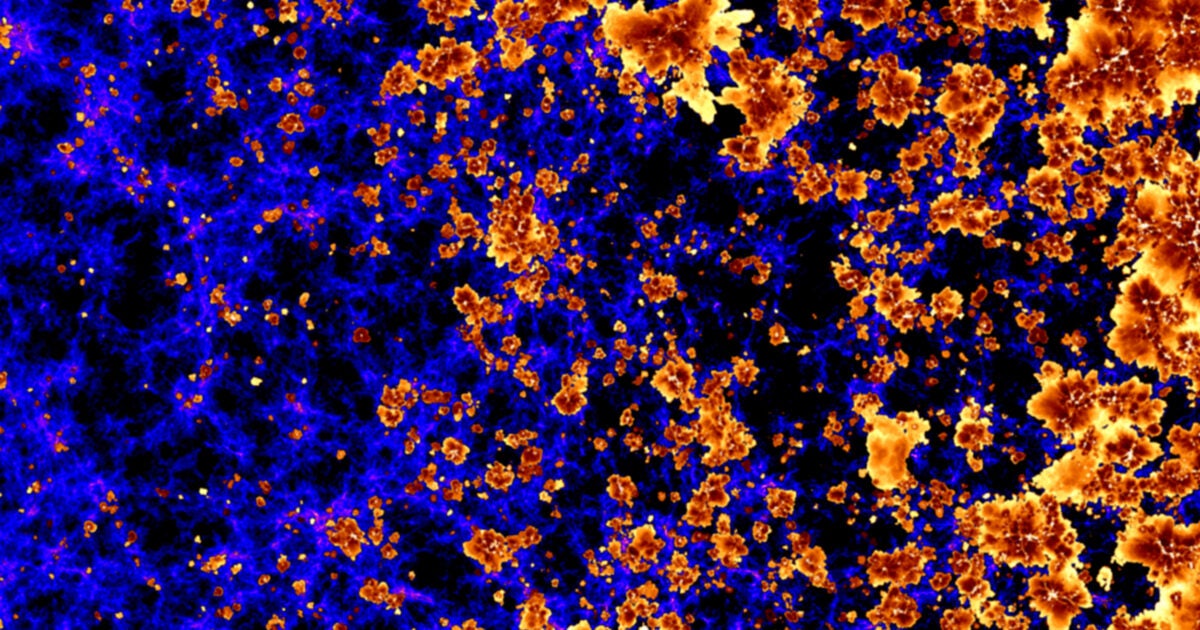 It looks like fireflies flickering in the darkness. Slowly, more and more amass, lighting up the screen in large chunks and clusters.

But this is not a video about insects. It’s a simulation of the early universe, a time after the Big Bang when the cosmos transformed from a place of utter darkness to a radiant, light-filled environment.

The stunning video is part of a large suite of simulations described in a series of three papers accepted to the Monthly Notices of the Royal Astronomical Society. Created by researchers at the Center for Astrophysics | Harvard & Smithsonian, Massachusetts Institute of Technology, and the Max Planck Institute for Astrophysics, the simulations represent a monumental advancement in simulating the formation of the first galaxies and reionization — the process by which neutral hydrogen atoms in space were transformed into positively charged, or ionized, hydrogen, allowing light to spread throughout the universe.

The simulated period, known as the epoch of reionization, took place some 13 billion years ago and was challenging to reconstruct, as it involves immensely complicated, chaotic interactions, including those between gravity, gas and radiation, or light.

“Most astronomers don’t have labs to conduct experiments in. The scales of space and time are too large, so the only way we can do experiments is on computers,” explains Rahul Kannan, an astrophysicist at the Center for Astrophysics and the lead author of the first paper in the series. “We are able to take basic physics equations and governing theoretical models to simulate what happened in the early universe.”